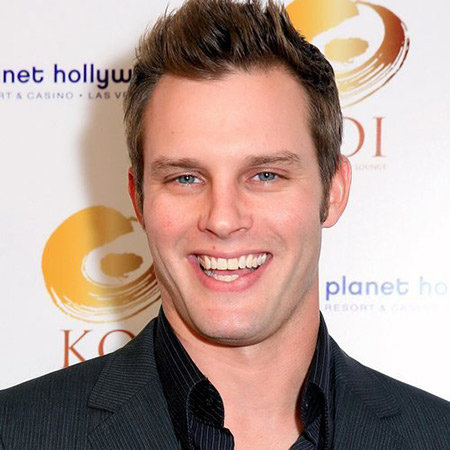 Travis Schuldt is a popular American actor.  He is famous for portraying the role of Ethan Winthrop on ‘Passions’ and also for recurring roles of Rick/Subway on ‘Community’, Ben Smith on ‘It’s Always Sunny in Philadelphia’, Keith Dudemeister on ‘Scrubs’.

Travis Schuldt was born on September 18, 1974, in Topeka, Kansas, U.S. Travis  has bachelor's degree from Texas Christian University with major in Fine Arts. He always had a huge interest in the entertainment industry and  decided to be a part of this profession as actor and model.

Travis Schuldt started his acting career from working in theater. His first major role on television was on the NBC opera 'Passions', where he portrayed the role of Ethan Crane.

He played a recurring role on 'Scrubs' as Keith Dudemeister from 2006 to 2009. Similarly, he has also made several appearances on other television shows such as Rules of Engagement, My Boys, True Jackson, VP and so on.

In 2008, Travis Schuldt appeared in the original pilot sitcom for the ABC sitcom 'Cavemen', and also in an episode of the CBS sitcom 'The Big Bang Theory'. The same year Travis starred in the comedy movies 'Private Valentine: Blonde & Dangerous' with Jessica Simpson and An American Carol.

Besides acting, talented Travis Schuldt also produced the independent film 'Automatic' alongside Jonathan Walls. The movie was critically acclaimed and appreciated by the critics. He has also founded the Lone Star Ensemble, a nonprofit theater group. Along with this, Schuldt has appeared in the series Veronica Mars, JAG, Friends with Benefit, Melissa & Joey, CSI: Crime Scene Investigation, The Mentalist and so on.

Travis Schuldt got engaged to popular actress Natalia Zea in June 2013. The pair first met in 2003 while co-starring on the soap opera 'Passions' and dated for eleven years. After dating for 11 years, Travis decided to make his girlfriend his lifelong partner as his wife and got married on July 16, 2014. The wedding ceremony took place in a rented mansion in Kauai, Hawaii in front of their family and close friends only. In October 2015, Zea gave birth to their daughter. Currently, he is living a happy life with his beautiful wife and a daughter.

Travis has not let the media know about his net worth yet.