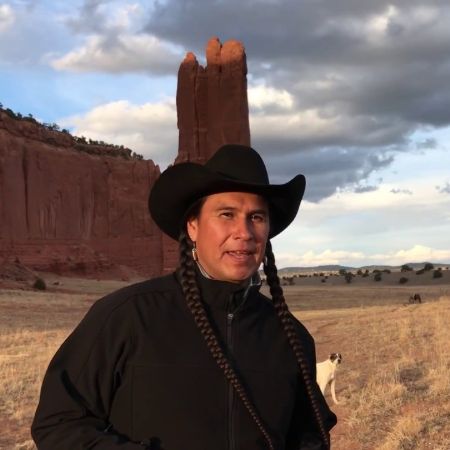 Famous for playing Apache Warrior in the film Cowboys & Aliens, Moses Brings Plenty is an American film, television, and stage actor. Similarly, he is also known for his appearances in Hell on Wheels, The Revenant, The American West, and Yellowstone.

Besides that, Plenty is a traditional drummer and singer. He played drums for the band Brulé and the Many Moccasins Dance Troupe.

Short-Biography: How Old Is Mo Plenty?

Moses Brings Plenty was born Moses J. Brings Plenty on September 4, 1969, in Porcupine, South Dakota, the United States. As per IMDB, he is also known by the nickname Mo.

He belongs to the white ethnicity and is an American by nationality. As of September 2021, his age s 52 and he stands at the height of 6 feet 1-inch or 185 cm tall.

Moses is very private when it comes to his personal life. He has never disclosed his parents, siblings, and education.

Plenty began his acting career appearing in the TV mini-series The Wild West in 2007. After that, he appeared in the film, Rez Bomb and the television show Deadliest Warrior.

Additionally, 51 years old actor became a part of movies and TV shows such as American Experience, The Cherokee Word for Water, House of Cards, and Hell on Wheels. Also, in 2016, he featured as Sitting Bull on the television mini-series The American West. 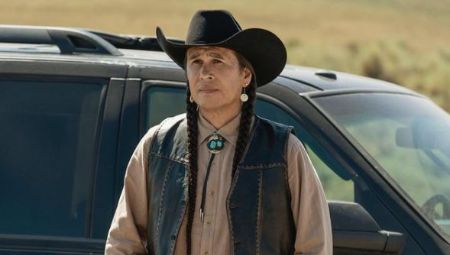 How Much Is Moses Brings Plenty Net Worth?

As per reports, Mo Brings Plenty has an estimated net worth of $400,000 in September 2021. Without any doubt, he earns a reasonable sum from his films and series.

Moses Brings Plenty is a married man. He exchanged the wedding vows with his wife, Sara Ann Haney-Brings Plenty. Despite the fact, the couple tied a knot in September 2009, no further details are available at the moment. 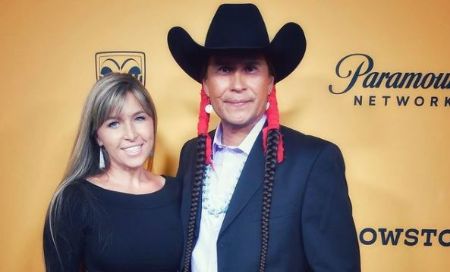 Besides acting, Moses is also interested in music. He had played drums for the contemporary Native American new-age/worldbeat music band Brulé. Likewise, he also performed for the charitable event, Project Lighthouse. The event helps in providing warm clothing and bedding to northern Indian reservations.