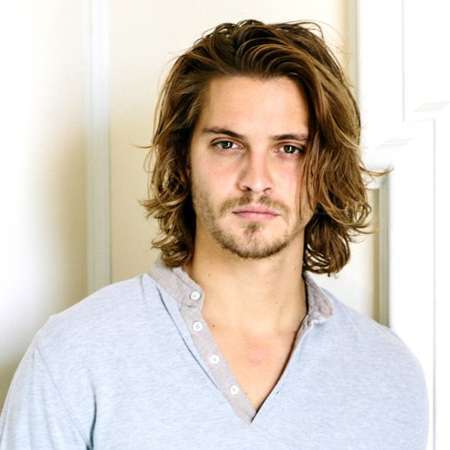 When and Where Was Luke Grimes Born?

Born Luke Timothy Grimes on January 21, 1984, Grimes is a native of Dayton, Ohio, the United States, and is an American by nationality. He is the youngest of 4 children in a family of religious belief; his father Randy Grimes is a Pentecostal pastor at Open Bible Christian Church and his mother Angie Grimes (nee Barker) worked in a bakery shop.

While Luke Grimes remains pretty low about his early life, it seems he already had plans to pursue a career in acting. After graduation from Dayton Christian High School in 2002, he moved to New York City & enrolled at the American Academy of Dramatic Arts (AADA) to study acting; the cla s s of 2004.

In 2006, then-22 years old Grimes turned professional with acting debut through a minor role in the film All the Boys Love Mandy Lane.

In the early 2010s, Luke Grimes worked in movies such as Shit Year (2010), The Wait (2011), and Taken 2 (2012), before his breakthrough came with the portrayal of Marc Lee in the biographical war drama film American Sniper (2014). The film featuring Bradley Cooper & Sienna Miller collected $547.4 million in the box office.

Further, Grimes reprised the role of Elliot in its other 2 installments: Fifty Shades Darker (2017) and Fifty Shades Freed (2019), which earned $381 million &  $372 million respectively.

Aside from big screens, he marked prominence in TV series as well. After playing recurring cast James in True Blood (2013, 6 episodes), the brown-eyed & brown-haired handsome hunk appeared in the main role, Kayce Dutton, in Yellowstone (2018-20, 29 episodes).

How Much Is Net Worth Of Luke Grimes?

According to Celebrity Net Worth, Luke Grimes has a net worth of $500,0000 as of 2021. Without any side business noted so far, the acting career is the major source of his income. Ever since turning professional in 2006, The Magnificent Seven actor records 24 acting credits throughout his journey of a decade.

Having worked in acclaimed films such as American Sniper and Fifty Shades of Grey franchise (3 movies), Grimes was cast in one of the main roles in the drama TV series Yellowstone. Although the Hollywood star is yet to open up about his property holdings or salary, he allegedly earns in the ma s sive 6-digit figure per year.

In the United States, an actor makes $57,000 annually on average.

Luke Grimes' Personal Life- Relationship Status? Does He Have A Wife?

In this technological era, social media platforms are among the means of interaction between fans & celebrities. However, Grimes does not prefer to use Instagram or Twitter, which limits his view of his personal life.

But as reported, the Yellowstone star is married and currently resides in Montana with his wife Bianca Rodrigues Grimes.

Bianca, of Brazilian heritage, is active on Instagram & has more than 198K followers on her account (@realbiancarodrigues). On November 21, 2020, she posted an adorable snap with Luke on the occasion of their anniversary.

Sources report that they exchanged vows in 2018.

The duo is yet to share children of their own.

Prior, there were a lot of speculations related to the possible romantic relationship of the actor with his co-star Gillian Amalia Zinser in 2011.

The American actor is a travel enthusiast & often goes on vacations accompanied by his spouse Bianca. Also a fitness enthusiast, Luke Grimes maintains his body and is fond of sports.