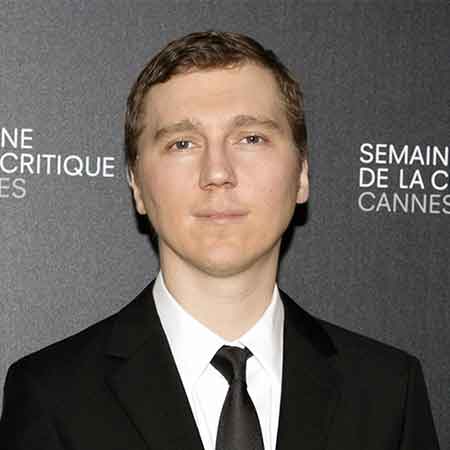 Paul Dano who is a talented American actor, director as well as a musician. Starting a career on Broadway, Dano made his big screen debut in 2000 in The Newcomers. He then appeared in many films, however, received huge recognition and accolades for his role, Dwayne Hoover in Little Miss Sunshine (2006). Similarly, his role, John Tibeats in the movie 12 Years a Slave got him Black Reel Award and few other prestigious nominations. Dano is also best known for the movies such as Love & Mercy (2014), Prisoners (2013), There Will Be Blood (2007). In 2018, he made his directorial debut with the drama film Wildlife starring Jake Gyllenhaal and Carey Mulligan.

Paul Dano was born Paul Franklin Dano on 19 June 1984 in New York City, New York, U.S. He is the son of Gladys (nee Pipp) and Paul A. Dano. His father worked as a businessman in New York.

Dano spent first few years of his early childhood in New York, and later, he moved to New Canaan, Connecticut and subsequently settled down in Wilton, Connecticut with his family. He has a younger sister named Sarah.

Talking about his education, he initially attended the Browning School when he used to reside in New York and later he continued his education at Wilton High School and joined Eugene Land College in New York City.

Paul Dano started his career at the age of 10 when he first appeared in the cla s sical plays on Broadway production. And at the age of 12, he made his first debut in an American play named Inherit the Wind opposite of George C. Scott and Charles Durning.

In 2000 he appeared in an episode of the sitcom Smart Guy and played a small role in the family drama The Newcomers and also in The Sopranos, Codes of Conduct, War & Peace. As of 2018, he is involved in the series, Escape at Dannemora as David Sweat.

Dano first appeared in the movie when he was 16 years old. He played a role, Joel in the movie The Newcomers in 2000. In 2001 he played a character of Howie Blitzer, a young boy who becomes involved with a middle-aged ephebophile in L.I.E. (2001). He appeared alongside Brian Cox, Billy Kay, Bruce Altman, and Adam LeFevre and his performance in the movie earned him Independent Spirit Award for Best Debut Performance.

Dano's notable character is Dwayne in the movie Little Miss Sunshine which was under the direction of Jonathan Dayton & Valerie Faris in 2006. The movie was honored with a various award which includes Broadcast Film Critics Association Award for Best Young Performer,  Screen Actors Guild Award for Outstanding Performance by a Cast in a Motion Picture.

After this, he got another golden opportunity to work with Paul Thomas Anderson in the movie There Will Be Blood which was also nominated in various awards. His other notable movies include 12 Years a Slave, Prisoners, Love & Mercy, Youth and many more and worked with actors like Chiwetel Ejiofor, Lupita Nyong'o, Benedict Cumberbatch, Hugh Jackman, Maria Bello, Viola Davis, John Cusack, Elizabeth Banks, Jake Abel, Rachel Weisz, and Alex Macqueen. More recently in 2017, he appeared in Bong Joon-ho as Jay.

Apart from this, he has also directed a movie in the year 2018 named, Wildlife starring Jake Gyllenhaal and Carey Mulligan. Dano is also the vocalist and lead guitarist of the band Mook.

Little Miss Sunshine actor as well as producer Paul Dano has an estimated net worth of $10 million as per the celebrity net worth. His major source of income is his Hollywood career-an actor, producer, and a director.

Paul Dano is in a longterm relationship with famous actress and screenwriter Zoe Kazan. Kazan played opposite Dano in the popular movie Ruby Sparks as his onscreen girlfriend which she wrote and moreover, she also wrote the play for Wildlife which Dano directed.

Dano and Kazan are dating since 2007. The couple first met while working in the play Things We Want, which was directed by Ethan Hawke and started an affair shortly after.