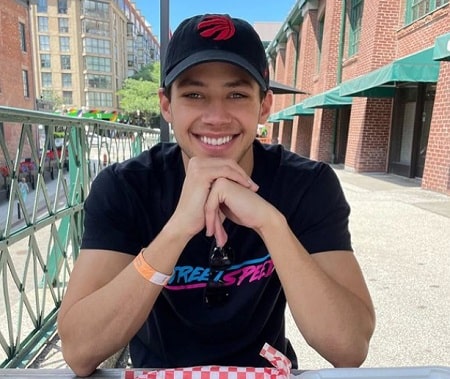 Matt Cornett is an American film and television actor who stars as E.J. Caswell in the Disney+ mockumentary musical drama series High School Musical: The Musical: The Series.

Matt Cornett was born on October 6, 1998, the youngest of three children to Rhonda and Art Cornett. He is 23 years old at the time of this writing and stands at 6 feet (1.83 meters).

Born and raised in Rogers, Arkansas, Cornett moved to Los Angeles, California, in 2012 to pursue his acting career.

Upon his move to Los Angeles, Cornett immediately found work. He made his on-screen debut in the 2012 adventure short film Family Treasure. Later that year, Cornett made his television debut as Daniel in the thriller series Nightmare U. The following year, he had a guest appearance as Lou in the fifth season of the TNT crime-drama series Southland. He also made his feature film debut in 2013, playing one of the lead roles of Diego in the family adventure drama film Can, alongside Mj Walters, Dario Torres, and Jose Diaz, among others.

In 2015, Cornett played Glenn in the family comedy movie I Think My Babysitter's an Alien.

He went on to have guest appearances on the ABC sitcom The Middle, the CBS police procedural drama series Criminal Minds, another ABC sitcom Speechless, the CBS sitcom Life in Pieces, and the Freeform comedy series Alone Together.

Likewise, his recent work can be seen in a television series, School for Boys, where he played the role of Leo Grecco (2019). In his off-time, Cornett indulges in various hobbies like playing football, singing, playing guitar, and video games.

According to some online sources, Matt Cornett is believed to have a net worth of $1.5 million as of 2022. The 23-year-old's career began in 2012, and in the ensuing eight years, Cornett has been seen in nearly two dozen films and TV shows combined.

Likewise, Cornett makes money from his profession as a singer. Not to mention the average salary of a singer in the United States is around $49026. So, Cornett may earn in the same range from his work.

The School for Boys star is currently dating his beloved girlfriend, Brooklynn Elizabeth. She is a social media influencer who has a strong presence on Instagram, where she is registered as @brookelynnelizabeth_. 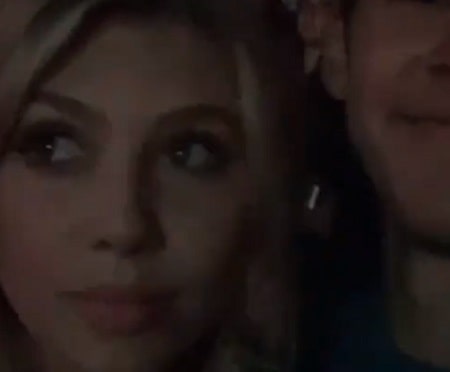 Moreover, the lovebirds have been with each other for a long time, and they have also shared some posts on their Instagram accounts.