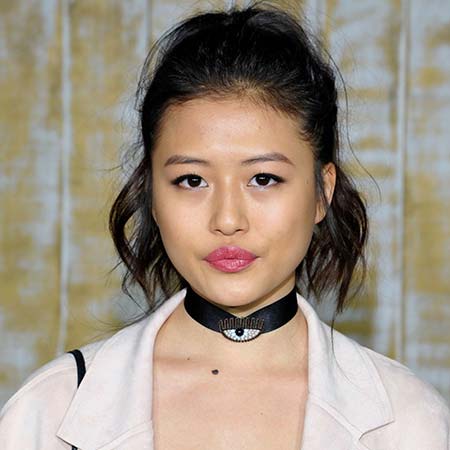 One of the promising actresses of Hollywood as of 2019, Haley Tju started her career appearing in the few commercials for Pizza Hut and a brief role in Hannah Montana alongside Miley Cyrus at the age of seven. She is well known for her role Pepper in an American comedy television series, Bella and the Bulldogs.

Haley Tju was born on 15th February 2001 in Southern California, USA, under the birth sign Aquarius. Regarding her nationality, she is an American and belongs to half Chinese-Indonesian decent.

Moving towards her career, she made her acting debut in 2008, appearing in an episode of American musical comedy television series, Hannah Montana. The following year, she starred as Little Girl #2 in American mystery comedy-drama television series, Desperate Housewives.

After appearing in supporting roles in several TV series, she finally got a lead role, Pepper in American comedy television series, Bella and the Bulldogs from 2015 to 2016. Likewise, her most recent acting is the lead role as various characters in sketch comedy and history program, The Who Was? Show.

Further, Haley Tju also voiced in various television series, and films such as The Loud House, Big Hero 6: The Series, and Dora and the Lost City of Gold. As of 2019, her upcoming project is an American animated education children's television series, Where's Waldo?, where she voiced for a lead role, Wenda.

As of now, Haley Tju is possibly single, as there is no detail information available regarding her personal life or dating life to the media. Her fans have got a chance to see her getting married and sharing a pa s sionate relationship several times on-screen. But things are not similar when we discuss her real-life relationship status and affairs.

Neither Tju has spoken about her love affairs and boyfriend nor has shown glimpses of her romantic life on social media. Her quietness has certainly compelled the public to believe that she might be single. However, the possibilities exist that she might be sharing a beautiful connection with her loved ones behind the curtain.

During October/ November of last year I was in New Mexico filming an amazing pilot called #tremors , which sadly did not get picked up. However, I wanted to take the time to share some memorable moments and to thank @millerlolife @kevinbacon #vincenzonatali and so many others for this incredible opportunity. I feel so grateful to have been apart of this pilot and to have worked with such talented actors. Definitely a character and an experience I will never forget. Thank you

She goofs around with her friends, family, and shifts back and forth between fulfilling the responsibilities of adulthood and remaining a kid at heart.