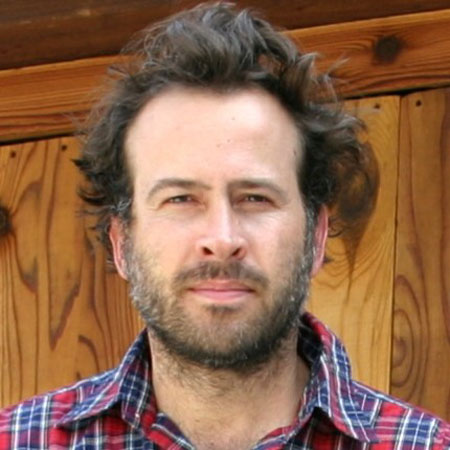 Jason Lee is an American actor, skateboarder and a producer well-known for his role as Earl Hickey in the series My Name Is Earl. He is also known for his role as David Seville in the Alvin and the Chipmunks film franchise. Besides being an actor, Lee is also the co-owner and co-founder of Stereo Skateboards.

The proficient actor, Jason Lee, was born on April 25, 1970, in California, U.S. He holds the American nationality and belongs to White American ethnicity. His father Greg Lee was a car dealership manager whereas his mother, Carol Lee, was a homemaker.

Lee was brought up in Huntington Beach where he went to the Ocean View High School.

The artistic actor Lee first started his career as a skateboarder. From his early age, he was interested in skateboarding but ended up turning his pa s sion for the sport into a career. So, he decided to pursue his career in acting.  His first big-break in acting came with the indie cla s sic Mi Vida Loca which was directed by Allison Anders.

Lee continued his acting, he went on to do the movie Mallrats, directed by Kevin Smith. He then became friends with Smith and appeared in his next flick Chasing Amy. Lee also starred in another of Smith's movies, it's called Dogma.

Lee moved to the small screen in 2005 with  NBC series My Name is Earl. When Lee was offered the lead role in the series, reportedly, he pa s sed on twice before even agreeing to read the script for the pilot. His portrayal of Earl Hickey eventually earned him 2 Golden Globe nominations and a Screen Actors Guild Award nomination. NBC canceled the series after its 4th season.

Jason Lee is the lead in the famous film series Alvin and the Chipmunks (2007-2015 ). Furthermore, he also appeared on Memphis Beat, a popular TV series. Moreover, Lee has also produced and directed music videos for Beck and the Band Midlake, a short doc u mentary and live concert film featuring Midlake.

Jason Lee was married to the actress/ photographer Carmen Llywelyn in 1995, however, they got divorced in 2001, Carmen spoke out about the dissolution of her marriage to Lee.

In July 2008, Lee married  Ceren Alkac, a fashion model, and an actress. The couple met at a concert while vacationing in Britain.  After a month of their marriage, Alkac gave birth to a daughter they named Casper later. The couple welcomed their second child, a son they later named Sonny in 2012. Alkac and Lee had their third child, a daughter named Alberta 'Birdy' Lee in 2017.

There were divorce rumors surrounding the couple in December 2015, it was said that Jason's strong connection to Scientology is breaking the couples apart. The rumors didn't amount to anything, and starting 2016 Jason Lee stopped following Scientology.

Jason Lee, an American actor, comedian and professional skateboarder is living a luxurious life. His net worth is reported to be around $20 million. He's earned most of his money from his lead roles in Alvin and the Chipmunks and My Name is Earl. He is 6 feet 1 inch in height.