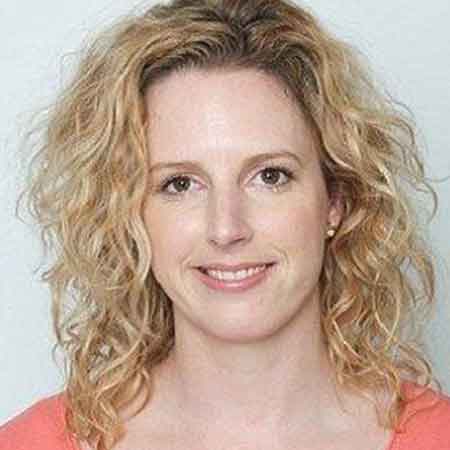 Kristina Sunshine Jung is best known as the daughter of George Jung an associate of the late drug lord Pablo Escobar. She describes herself as a writer & poet and has made an appearance in the movie, Blow where she shared the screen with renown actor Johnny Depp.

Kristina Sunshine Jung was born on August 1, 1978, under the birth sign Leo in California, United States. She is of mixed descent of Cuban and Colombian. Her father George Jung is an associate of the late drug lord Pablo Escobar whereas her mother Mirtha Jung of Colombian descent also dealt with drugs.

Both of her parents have been to jail for her involvement in drug trafficking and after their divorce, in 1984 her custody went to Mirtha Jung since that time her father George was in jail.

Jung's early childhood was not a favorable one since her parents used to face jail sentences a lot but her grandparents: Ermine Junge and Frederick Jung made sure she was secure during those times. Her mother Mirtha didn't jell along with her in-laws and their incompatibility resulted in George's sister raising Kristina who even took responsibilities of her studies.

Kristina Sunshine Jung's career is not really clear but she is seen doing something in most of the fields. She describes herself as a writer & poet and has made an appearance in the movie, Blow where she shared the screen with renown actor Johnny Depp and Penelope Cruz. In the movie, she did a court scene as a court clerk but her scene was deleted after being presented to the Warner Bros. The movie is a biopic of her father's life.

Jung deleted scenes can hence be found in the DVD version of the movie. Jung is even said to have written a book about her mother and runs a clothing brand under the name BG Apparel and Merchandise.

Kristina Sunshine Jung is estimated to have a net worth of $250 k and she is the daughter of the members of a major drug smuggling ring called Medellin Cartel. Her father George Jung a former member of the drug smuggling group has a net worth of $10k. In 1967 he earned $250,00 from his smuggling empire, and later in 1970, his earnings went up to $15 million.

Kristina Sunshine Jung is a married woman who tied the knot to Romain Karan and even has a daughter named Athena Romina Karan with her husband. However,  no more details about her family life are mentioned in the media.

It is even unknown if she is with her husband at the present or they split. Jung lived in California most of her life and also resided in Pittsburg, Napa, Walnut Creek, Concord, San Mateo, and Millbrae.  The couple has been together for a long time but it is yet to be confirmed that the two became a parent or not.

Her father George Jung was a member of the Medellin Cartel and for his involvement in the drug smuggling business, was arrested multiple times. There is a movie named Blow which is about her father George's life portrayed by actor Johnny Depp and she was also a part of the movie. After her parents split they went their separate ways and are happy in their respective lives.

Jung lives a low key life and isn't active on any of the social sites.