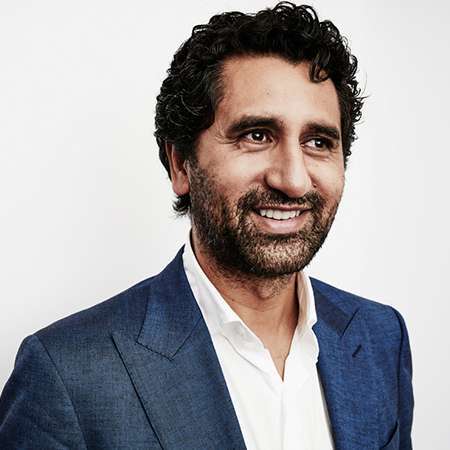 New Zealand actor, Cliff Curtis is known for his appearances in such films, Blow, Whale Rider, and The Dark Horse. He was also cast as Travis Manawa in the AMC series Fear the Walking Dead.

Cliff Curtis (Clifford Vivian Devon "Cliff" Curtis) was born on July 27, 1968, in Rotorua, New Zealand, under the birth sign Cancer. He is one of nine children.

He studied at Tetro Dmitri Scoula in Switzerland and received his secondary education at Western Heights High School at Rotorua. Curtis grew up on the Kapiti Coast an took part in various competitions like rock n' roll dancing, kapa haka competitions, and some theatre productions.

Cliff Curtis is a New Zealand actor who has appeared in his local hits such as "Once were Warriors", "Whale Rider" and "Boy" and also the Hollywood movies like "Three Kings", "Training Day" and "Blow".

Curtis grew up on the Kapiti Coast an took part in various competitions like rock n' roll dancing, kapa haka competitions, and some theatre productions. He also worked as a builder and while working as a builder he decided to try for acting school and he was encouraged by his teammates. Being a builder he didn't know what t wear in the drama classes but he wore his boots and got to work.

He worked at the various New Zealand theatre companies like Downstage, Mercury theatre, Bats theatre and Center point. He played various stage roles which include Happy End, The Merry Wives of Windsor, Othello, The Cherry Orchard, Porgy and Bess, Weeds, Macbeth, Serious Money and The end of the Golden Weather.

He featured in his first film which Oscar was nominated “The Piano” (1993). It was directed by Jane Campion. His film "Once were warriors" grabbed the attention of many people. That was one of the most successful films in his career which was released in New Zealand, his home soil. Curtis starred as family man Billy Williams in Jubilee, before playing father to the main character in his international hit Whale Rider in 2000.

In 2004 he formed a film production company Whenua Films with producer Ainsley Gardiner. The goal of this company is to support the film industry in New Zealand, develop in film sectors, filmmaking scenes and give support to local filmmakers.

They were appointed to manage development and production of films for short films fund for 2005-06 by the film commission in New Zealand. Under this new company banner, they produced several shorts.

From these, "Two cars, one night" became famous and received Academy Award Notification in 2005 and Hawaiki in 2006 that was directed by Mike Jonathan.

These two short films were on the list of the most prestigious International films festivals and earned fame. This was one of his best achievements in his filming career. He was pretty confident in achieving this stage.

Regarding his personal matter, he married in 2009 and his nationality is New Zealand. He has played every ethnicity Hollywood was willing to throw in his way. Curtis may have no girlfriend as he is in relation with his wife and has two children. He is now living happily with his wife and his children.