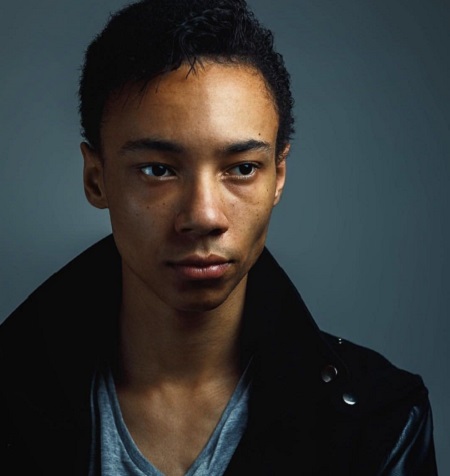 English actor Kit Young stepped into the TV career after furnishing his acting skills from theater productions. The England-born, who is currently in his 20s, gathered fame in national as well as international platforms through the Netflix series Shadow and Bone (2021).

Ever since his TV debut in 2008, he has appeared in movies and television series like Endeavour, Alex, A Midsummer Night’s Dream, The Devil’s Harmony, among others.

Where Is Kit Young From? Age and Height?

Young was born on 24th October 1995 and is 26 years old, as of mid-2021. He is from Oxford, Oxfordshire, England, and belongs to an English nationality. Talking about his ethnicity, he belongs to mixed ethnicity, i.e., Scottish and Ugandan descent.

Kit, whose birth name is Christopher William Young, has a height of 5 feet 7 inches.

So far, the detail on his parents is yet to be out, however, he grew up with two younger sibling-sisters Hannah and Olivia. Quite often, the English share s pictures of his family on Instagram. 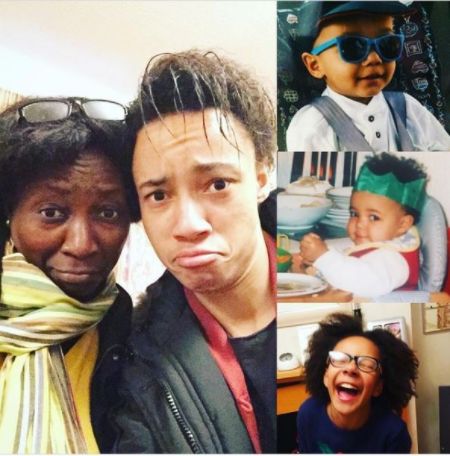 CAPTION: Kit Young with his mother; added with throwback (right) of childhood pictures of him and his siblings SOURCE: [email protected]

He studied at Abingdon School and was a member of the Abingdon Film Unit. He attended the Royal Academy of Dramatic Art and graduated with a Bachelor of Arts Degree in Acting in 2017.

In 2008, Young made his acting debut as Young Edward in the television movie Walter’s War. Then, he went to work in stage productions to sharpen his acting skills.

Initially, a member of National Youth Theatre, Kit later worked in Oxford Playhouse productions Cinderella and Dick Whittington. Other stage works of the actor include The Extraordinary Cabaret of Dorian Gray, The Real Thing, Julius Caesar, Winter Blossom Karaoke and Other Snippets, The Prime of Miss Jean Brodie, Macbeth, and A Midsummer Night’s Dream.

He would return to the TV screen in 2018 and has since appeared in films and television series like Alex, Endeavour, The Devil’s Harmony, A Midsummer Night’s Dream, among others. 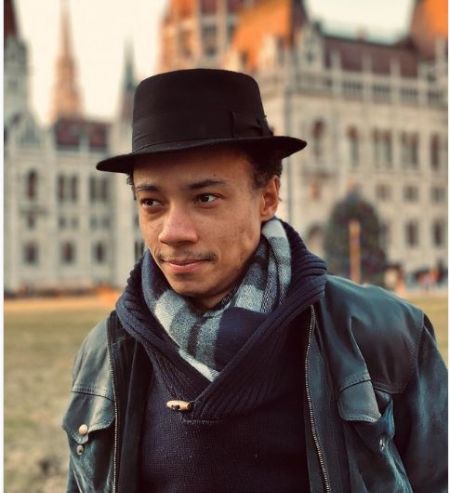 In 2021, he is all set to appear in the leading role of Jesper Fahey in the television series Shadow and Bone alongside stars like Danielle Galligan, Luke Pasqualino, Daisy Head, Calahan Skogman, Sujaya Dasgupta, Zoe Wanamaker, Simon Sears, Julian Kostov, Gabrielle Brooks, and Kevin Eldon.

What Is Kit Young Doing Now?

As per IMDB, the aspiring actor is working on his upcoming projects. He is set to appear as Rafal in the upcoming film The School for Good and Evil (2022, post-production).

Moreover, his other project The Origin is under post-production, co-starring Chuku Modu and Iola Evans.

Even though Kit had made their TV debut in 2008, he has active TV screen appearances since 2018. But the short span of time didn't become a hindrance to showcase his talent- thanks to his casting in the web series Shadow and Bone, which earned him tens of thousand dollars per episode.

As of 2021, Kit Young has an estimated net worth of $300,000. Indeed, the main source of his income is acting; and with upcoming projects in the pipeline, his fortune could go even higher.

Alike another fresh face in the acting industry, Young could see a deal for online endorsements via social media but is yet to come up with any confirmation. If he goes for promotions via his Instagram, it has the potential to earn him $1,035 - $1,725 per sponsored post.

Since Kit prefers to maintain a low-key profile and is not open about his private life, no official information on his relationship status is out. An avid Instagram user (@kittheyounger) with more than 343K followers, Young posts of the moments spent with family, friends, and co-stars.

Yet, he is to link with anyone romantically. No dating story or any girlfriend of the actor ever came to the limelight.

Moreover, he seems to be entirely focusing on his professional career. Allegedly, as of 2021, he is single.