Kevin Grevioux is an American actor who reached the height in the acting field. He is best known for his role Raze in the horror film, Underworld. Similarly, he is also a comic book writer and screenwriter. Some of his notable work credits include Batman Forever, Planet of the Apes, Men in Black II, and Star Trek: Deep Space Nine.

Kevin Grevioux was born on November 1, 1967, in Chicago, Illinois, the United States of America. He holds American nationality and belongs to the black ethnicity. He has a sibling-brother named Steve Grevioux; however, his parents' identity is not revealed.

Kevin gained a degree in microbiology with minors in psychology and chemistry from Howard University. Later, he began working hard for the master's degree in genetic engineering.

Grevioux began his career in 1993 as Starfleet Security Officer in the TV series Star Trek: Deep Space Nine. The following year, he appeared in films like Speed, The Mask, Alien Nation: Dark Horizon, and Stargate. After a year, in 1995, he again worked in the movie Congo and Batman Forever.

Additionally, the actor then also acted in films such as Steel, Planet of the Apes, Men in Black II, Hulk, Animal Crackers, and many more.

Kevin is also a part of the television series such as The Batman, Young Justice: Invasion, The Avengers: Earth's Mightiest Heroes, Hulk and the Agents of S.M.A.S.H., and Cannon Busters. Moreover, he gave his voice for video games, Command & Conquer 3: Kane's Wrath, and Marvel Powers United VR.

The acting sensation has a net worth of $2 million as of the Celebrity Net Worth. As per some other online sources, his net worth is estimated to be around $6 million.

Similarly, Kevin gathers all his fortunes from his acting, writing, and producing credits. As per the reports, the versatile figure earns at the range of $500,000 to $750,000 as an average salary.

He has been part of several films, and some of its earnings with its box office collections and budgets are listed below:

Moving towards Kevin's personal life, he has been married to wife Bronwyn Grevioux. However, the couple exchanged their wedding vows in a secret ceremony after dating for some years. 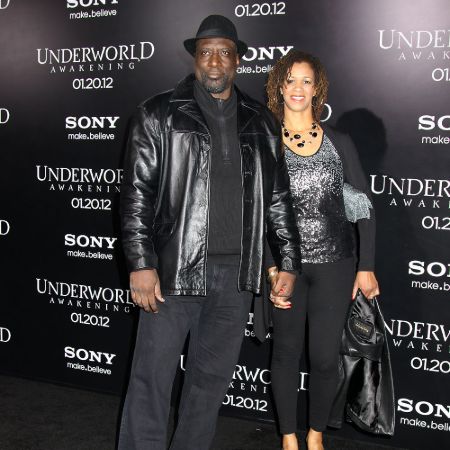 Grevioux with his spouse Bronwyn shared two children but, the identity of them is yet to be revealed. Kevin is living a blissful life with his family. Till date, the couple has not been dragged in any controversies and extramarital affairs.

Kevin Grevioux has a height of 6 feet 3 inches or 191 cm and has an average weight.