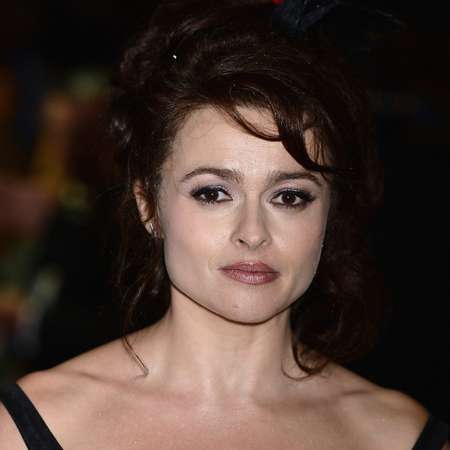 Helena Bonham Carter is an English Actress. Well known for her bit hit roles like Kate Croy in The Wings of the Dove, as Queen Elizabeth in The King’s Speech and as Bellatrix Lestrange in the Harry Porter series (2007-2011) and many others.

Helena Bonham Carter was born to Raymond Bonham Carter and Elena in Islington, London on 26 May 1966. She is the youngest of the three children. She has two brothers, Edward and Thomas.

Helena Bonham Carter attended South Hampstead High School and completed her A-levels from Westminster School. However, her admission was denied from King’s College, Cambridge because the college officials thought that she would leave in the middle in order to continue her career.

At the age of five, Carter’s mother had a serious nervous breakdown. It took three years for her mother to recover from the breakdown. After five years of her mother’s recovery, her father was diagnosed with acoustic neuroma.

Due to some complexity in the operation during removing the tumor, it led him half-paralyzed and in a wheelchair. Carter studied the movements and mannerism of her father for the role in The Theory of Flight. Her father died in January 2004.

Helena Bonham Carter had no formal acting training. She entered the actor's list using the money which she won in a national writing contest. At her young age of 16, Carter debuted in an acting field appearing in a TV commercial.

She also had a small role in a minor TV film, The Patterns of Roses but gained her first lead role in Lady Jane in 1986 as Lady Jane Grey. The film received mixed reviews from critics. Carter’s breakthrough role in her career was in A Room with a View, filmed after Lady Jane but was released earlier in 1985.

In 1994, Carter appeared in the British sitcom, Absolutely fabulous for its second series. In 1997, Carter’s highest point in her career was her role as Kate Croy in The Wings of the Dove.

The film was appreciated internationally as well and receiving a good response for her role for which Carter received nominations for her first Academy Award and Golden Globe Award. Carter starred in a French film, Portraits chinois in 1996 as she speaks French fluently.

She featured in the magazine, Maxim in 2001. She also starred in a miniseries, Henry VIII but Carter’s role was restricted as she was pregnant with her first child.

During the year of 2007-2011, Carter was busy playing the role of Bellatrix Lestrange in the Harry Potter films. On the set, she accidentally ruptured the eardrum of Matthew Lewis when her wand stuck in his ear.

In 2007, Carter starred in the film, Sweeney Todd: The Demon Barber of Fleet Street opposite Johnny Depp for which she was nominated for the Golden Globe for Best Actress Award. She won the Best Actress award in 2007 for her performance in Sweeney Todd and Conversations With Other Women.

Carter also won Best Actress award at Empire Awards in 2009. Carter also had a small role but pivot role in Film, Terminator Salvation. Carter was named as one of the The Times’s Top 10 Briton Actresses of all time in early 2009.

In 2010, Helana Bonham Carter was in the films like Alice in Wonderland and The King’s Speech. In 2009, Carter starred in a TV film, Enid for which she received her first television BAFTA nomination for Best Actress.

In 2010, Carter starred in a film, Toast for which she won the Britannia award for British Artist of the Year from BAFTA LA and also received a gala in 2011.

In 2016, Carter again had a recurring role in Alice Through the Looking Glass. Carter’s work in movies also includes The Mask, Arma and The Man, Mighty Aphrodite, Sweet Revenge, Night Will Fall, Suffragette, 55 Steps and much more.

Helena Bonham Carter is married. She first dated Kenneth Branagh in 1994 when he was still married to Emma Thompson. But their relationship ended after five years in 1999.

In 2001, Helena Bonham Carter dated an American director, Tim Burton. They met during the shooting of the movie, Planet of the Apes. Since then they two have worked together for films like Dark Shadows, Big Fish, Alice in Wonderland and much more.

Carter said openly in an interview about her problems that occurred during her pregnancy and trying to have a baby with her husband for two years before their daughter was born and also about considering IVF at that time.

The couples used to live in separate houses even though they were not legally divorced. On December 23, 2014, the couple announced that they have separated peacefully earlier that year. They respect each other privacy and continued to be friends and parents to their children.

Helena’s estimated net worth this year is $30 million dollars with her yearly income of over $3 million dollars. She and her ex-husband, Burton own a house in London, UK.