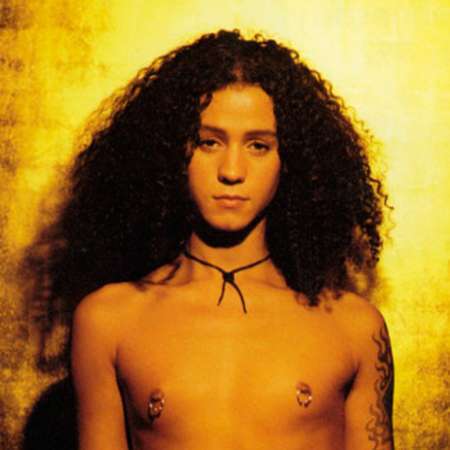 American-British retired actor and model, Jaye Davidson is best known for his role in 1992's movie, The Crying Game as Dil. For his performance in the movie, he has been nominated for several prestigious awards like the Academy Awards, and BAFTA Awards.

He also received several other awards like the National Board of Review Award and the National Society of Film Critics Award. He has also worked as a model in several high-profile photo shoots.

Jaye Davidson was born Jaye Davidson Alfred Amey on 21st March 1968 in Riverside area of California, United States. Davidson is American by nationality and as far as his ethnicity is concerned, he is Afro-European. His Ghanaian father and English mother raised him in Hertfordshire, England, UK.

When he was 2 and a half years old, his family moved to live in England. As per his bio-data, Davidson left schooling at the age of 16 and was involved in several odd jobs. Later, he worked as a fashion designer. He never took any acting classes and had zero experience in the relevant field before pursuing a career in acting.

Jayne Davidson entered into the acting field after he was discovered by a casting director in a wrap-up party for Derek Jarman's Edward II (1991). The following year, Davidson earned the role of Dil (a woman) because of his thriller film androgynous look, The Crying Game.

Davidson's breakthrough came from the same movie from where his popularity reached its peak. His acting was highly appreciated by millions of fans. His performance helped him to win the National Board of Review Award and the National Society of Film Critics Award.

Moreover, he has been also nominated for several prestigious awards like the Academy Awards, BAFTA Awards, and Chicago Film Critics Association Awards among others.

His performance as Dil in "The Crying Game" (1992) is ranked #92 on Premiere Magazine's 100 Greatest Movie Characters of All Time.

In 1994, Davidson worked as Ra in Roland Emmerich's sci-fi movie, Stargate. Some of his other works include Catwalk, The Borghild Project, and Jiggery Pokery (TV movie).

Though he gained huge popularity, he retired from the acting field. Later, he explained,

''Back then I did not think there were enough roles for black people. And then when you add openly gay black people, that’s the double whammy. So I thought I would be scrambling for the crumbs. And it’s hard to live off crumbs.''

Besides, he also worked in several high-profile photo shoots and has been on the cover of several reputed magazines and brands. As of 2018, he disappears from the limelight and is keeping his personal and private life far from the media and audiences.

Jaye Davidson collected an impressive amount from his acting and modeling career. As of 2019, Davidson has an estimated net worth of $1 million.

As per some notable websites, he was paid $1,000,000 for his work in the American-Canadian television series, Stargate.

Here is the list of his movies that made an amazing collection at the box office:

He has also worked as a model in several high-profile photo shoots and earned a huge amount of money. With such impressive earning, he is maintaining his lavish lifestyle.

Jaye Davidson is yet to be married. The openly gay former actor, Davidson is not spotted with anyone on romantic dates and has not introduced anyone as his partner, so, he might be possibly single in the present day. Moreover, there is no such rumor about his affairs as well.

Davidson felt alienated from his androgynous look at the time of his short acting career. He says,

Later, he adopted a more masculine look with tattoos, shaved head, and a more developed physique. She has a strong aversion to flying.

Check out the interview with Jaye Davidson: