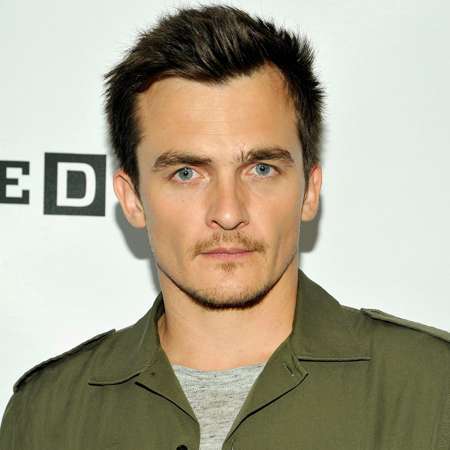 Rupert Friend was born on 1 October 1981 and he is 34 years by now. Friend’s birth place is Stonesfield, Oxfordshire, United Kingdom and he was raised there. He was born as the son of mother Caroline and father Nicholas Friend. His mother is a solicitor and his father, a cultural historian. According to Friend’s nationality, he is English. There is no any updated regarding his sibling.

Rupert attended Marlborough School in Woodstock. Later, he joined Cherwell School and d'Overbroeck's College to study A- level. Friend has also taken professional training from Webber Douglas Academy of Dramatic Art which is located in London.

Friend made his career debut from British-Australian drama film The Libertine, where he appeared in the role of Downs. And for his role in the movie he won Ischia Film Festival Award and he was also nominated for Best International Newcomer. In 2005 he was featured in British romance film Pride & Prejudice where he acted in the role of Mr. Wickham. In the same year he was featured in US-produced comedy-drama film Mrs. Palfrey at the Claremont.

In 2007, Friend made his acting presence in romantic drama film The Moon and the Stars, where he played the character of Renzo Daverio. For his role of Lt. Kurt Kotler in British historical period drama film The Boy in the Striped Pajamas he earned huge popularity. For his role in the movie Starred Up he was nomined for British Independent Film Award. In 2015 he played the lead role of Agent 47 in the movie Hitman: Agent 47, which was a huge hit movie.

Friend has also been familiar in the television screen and his role in the series was so famous and popular that he was nominated for several awards including s PAAFTJ Television Awards, Primetime Emmy Award and Screen Actors Guild Award.

Rupert Friend is good looking actor and he has been in relationship with coupled of beautiful ladies. And his current relational status is dating and Friend’s sexual orientation is straight.

Rupert Friend had an affair with English actress Keira Knightley, they started dating in 2005 and shared a long term relation of 5 years. They meet during the shooting of British romance film Pride & Prejudice and they separated in 2010.

Currently he is in dating relationship with American athlete and actress Aimee Mullins, with whom he started dating in 2013. And after a year of dating he was engaged to his girlfriend in December 2014. Friend is not married yet he might be waiting perfect time to make his girlfriend his spouse. And there are no any rumors about his children yet.

Rupert Friend 's net worth is about 5 million dollars and his salary is estimated to be around few hundred thousand. After his appearance in the movie Hitman: Agent 47, his bio, career and personal life information were searches by many of his fans.