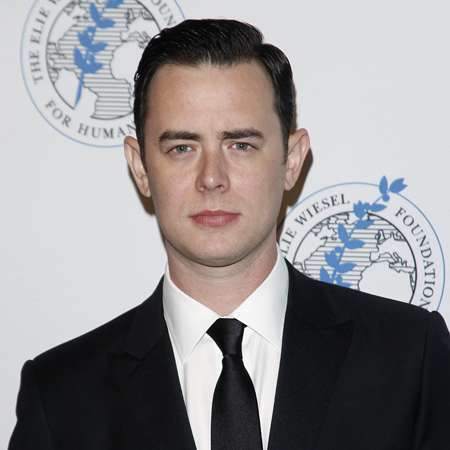 Colin Hanks is a remarkable American actor. He is a very handsome and talented actor who has made many people fall in love with his looks and his acting.

He is the son of the actor tom hanks and his wife Samantha Lewes. He has a sister whose name is Elizabeth and since his father remarried after Colin's biological mother died of bone cancer, he has two step younger brothers whose names are Chester Marlon and Truman Theodore Hanks.

Colin completed his schooling at Sacramento Country Day School. He started his college at Chapman University then transferred to Loyola Marymount University. He dropped out of the university without taking a degree.

He started his career with a debut movie That Thing You Do in 1996 with the role of Male Page. He has worked in many super hit movies over all these years. Not only in movies but he has also worked in some TV series as well. His debut in TV series was through Roswell in 1999 with the role of Alexander Charles "Alex" Whitman. He has even been nominated for few roles.

He dated his girlfriend Samantha Bryant and then got engaged to her in June 2009. The happy couple then decided to get married on May 8, 2010, in Los Angeles. The couple shares two adorable daughters as their children: Olivia Jane hanks and Charlotte Bryant Hanks.

He is happily married and has a lovely wife so there is no extramarital affair. As he is a loving husband and they are happily married who share two beautiful children and a third one on the way, there are no chances of divorce.

Net Worth, Height, and Social Media

Colin Hanks' net worth is $15 million at present. He is a tall man with the height of 6 ft 1 inch. He is a perfectly healthy man with the weight of 79 kg. He is a very successful actor who has been able to charm his audience with his unique acting skills.

He has a large numbers of followers on his twitter account that is 476 thousand and this proves his absolute fame in the site. From his tweets it verifies that he s the user of his account. His Facebook account has only 953 likes which seems to be fake and he is not active in Facebook.