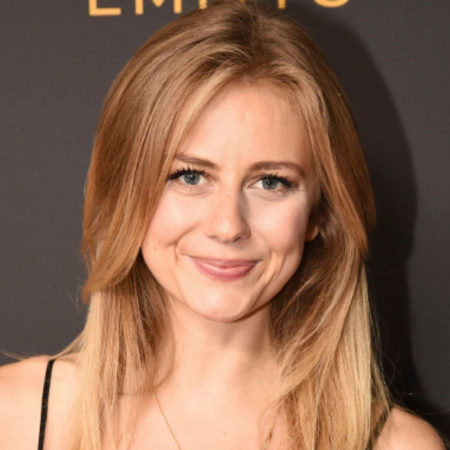 American actress Justine Lupe is mostly known for her role as Holly Gibney in the crime drama television series Mr. Mercedes. She is also notable for playing Maddie Culpepper on the ABC multi-camera sitcom Cristela from 2014-15. Furthermore, the actress appeared on the TV shows like The Marvelous Mrs. Maisel and Succession.

Justine Lupe was born on 31st May 1989, in Denver, Colorado under the birth sign Aquarius. She holds American citizenship and her ethnicity is white.

Lupe is the daughter of John Lupe, an actor and Katherine Schomp, a homemaker. Her father also worked as an exhibition specialist at the Denver Art Museum in Civic Center of Denver.

She attended Denver School of the Arts, graduating in the theater program in 2007. She later attended Juilliard School in New York City and earned a degree in May 2011.

Justine Lupe made her TV debut portraying Ashley in the 2011 police procedural crime drama TV show, Unforgettable. The same year, she was cast in two movies Three Forms of Insomnia and Ex-Girlfriends.

In 2012, Lupe joined the cast of crime drama TV series Southland. The actress played Phoebe Blake in Harry's Law as well as Cameron Krissy in Royal Pains that same year.

Moreover, Lupe played Nessa in the Noah Baumbach's Frances Ha and Blake Collins in the comedy-drama television show Shameless in 2013.

From 2014-15, Lupe snagged the main role of Maddie Culpepper on the ABC hit TV series Cristela alongside Cristela Alonzo and Maria Canals-Barrera as well.

Lupe's other TV credits are Younger, Bull, and Madam Secretary. Since 2017, the actress is playing the iconic role of Holly Gibney in the crime drama series Mr. Mercedes alongside Tea Leon, Tessa Ferrer, Brendan Gleeson, Harry Treadaway, and Geoffrey Arend.

Justine got a recurring role in the period comedy-drama web TV series The Marvelous Mrs. Maisel in 2017. She worked in the series until 2019 sharing the credit with Alex Borstein and Marin Hinkle.

In 2018, Lupe starred in the crime-drama television series Sneaky Pete. From 2018-19, she acted in a satirical comedy-drama Succession with Hiam Abba s s and Brian Cox.

How Much is Justine Lupe's Net Worth?

The 30-year-old actress, Justine Lupe has made a good amount of fortune from her acting career. According to the networthbuzz.com, the actress has an estimated net worth of $200 thousand, as of January 2020.

Lupe was cast in a 2012 back and white comedy-drama film Frances Ha, which grossed $11.3 million at the box office globally.

The average salary of an actor in the USA ranges from $45 thousand to $51 thousand per annum.

The 5 feet 7 inch-tall actress, Justine Lupe is unmarried. As of 2020, she is also not involved in any romantic liaisons. She has clandestine the information about her relationship and boyfriend.

Lupe seems to be more focused on her flourishing acting career rather than anything.