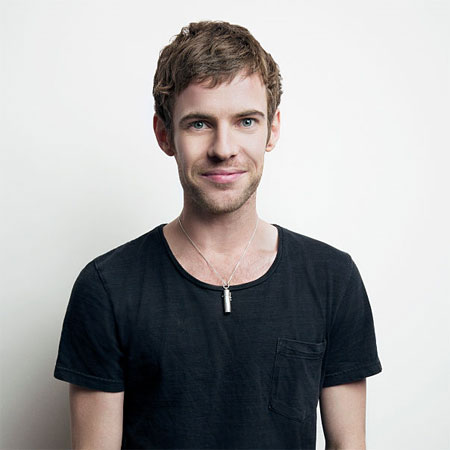 An English actor, Harry Treadaway is known for his portrayal as Victor Frankenstein on the British-American horror drama television series, Penny Dreadful. He received a nomination for Most Promising Screen Newcomer from the British Independent Film Awards for his first feature movie, Brothers of the Head.

Harry Treadaway was born as Harry John Newman Treadaway on 10th September 1984 in Exeter, Devon, England. He belongs to White ethnicity and holds a British nationality.

Treadaway is born to architect father & a primary school teacher mother. He grew up along with his siblings, Luke Treadaway (twin brother) & Sam Treadaway.

Treadaway along with her twin brother went to Queen Elizabeth’s Community College in Deven where he won the Devon Cup twice with Rugby Union team.

The two brother formed a band named, Lizardsun, inspired by Eddie Vedder. Both of then joined National Youth Theater with the support of their drama teacher, Phil Ga s son.

The next year, Treadaway worked in a TV movie, Agatha Christie’s Marple. He then appeared in several films including Afterlife, Recovery, Cape Wrath, Control, Albatross, City of Ember, Mr. Mercedes & others.

Among all Treadaway’s contributions, he is best known for his work in the British-American horror drama television series, Penny Dreadful as Dr. Victor Frankenstein, starting with Timothy Dalton, Eva Green, Billie Piper, Josh Hartnett, Reeve Carney, Rory Kinnear and others.

Currently, Harry Treadaway is in a relationship with English screen & stage actress, Holliday Grainger since January 2015. The pair were always seen to be supportive towards one another, & Treadaway was mostly there with Holliday for filming & promotional works.

Moreover, in a funny incident, people always confused if Grainger is dating Treadaway's identical twin brother, Luke. He reportedly used to look back when people called Luke's name, & that initiated all the confusion. However, it was later clarified that it was indeed Harry Treadaway and not Luke.

Due to this reason, there are many rumors that, they are no more together, however, the pair denied the rumors.

In 2015, his girlfriend, Grainger even gushed about her love relationship with Treadaway in an interview. When the interviewer asked about her biggest extravagance, Grainger replied,

Spa goes for weekend with her boyfriend, Harry Treadaway.

Before Grainger, he also dated Polly Stenham. The former pair dated back in 2009.

Harry Treadaway has earned a decent amount of money from his career. His movie, City Of Ember, collected $17 million at the box office. Moreover, he has been a cast of Penny Dreadful since season 1, from where he earns a decent amount.

Considering the success of his movies & television series, Treadaway might have collected a net worth not less than $1 million.