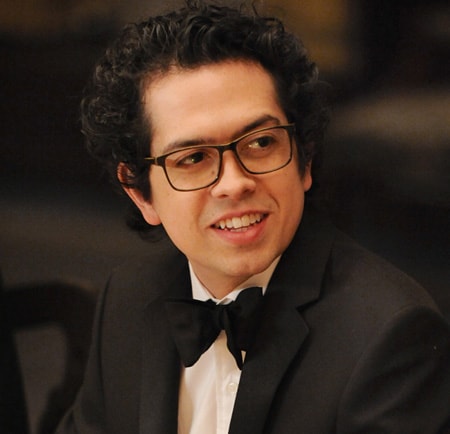 Geoffrey Arend is an American film and television actor. He has also worked as a voice and theater actor. Arend is most-well known for his performance as Ethan Gross on the ABC drama series Body of Proof. He rose to the peak of the popularity for his role of McKenzie in 500 Days of Summer. Arend currently plays Matt Mahoney on Madam Secretary.

Geoffrey Arend was born as Geoffrey R. Arend on February 28, 1978, in Manhattan, New York City, US. He belongs to the mixed ethnical background as his father is of German and English descent and his mother is of Pakistani descent. He is an American as per his nationality.

Arend began his career as a voice artist in 1998 in the television series Daria. In the series, he voiced obnoxious flirt Charles "Upchuck" Ruttheimer III. He voiced the character until the series ended in 2002. After the series, Arend played some minor roles in the films like Super Troopers in which, he played a stoner. 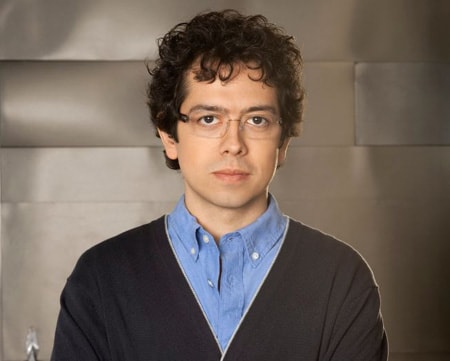 Later, he played the role of a man with an intellectual disability in 2005 film The Ringer. Later, he worked in a supporting role in the romantic comedy 500 Days of Summer starring Joseph Gordon-Levitt and Zooey Deschanel. The role brought him into the stardom.

Arend's other film credits include some hit movies such as Killing Zelda Sparks, Peep World, Devil, and Worst Enemy among others.

Geoffrey Arend's lucrative career as an actor and a voiceover artist have earned him an impressive sum of money. As of 2019, Arend's net worth is estimated to be around $1 million. His acting career is his major source of income, while he has also earned a considerable amount of money from sponsors and endorsement deals.

On the other hand, his wife, Christina Hendricks is also an actor as well as a former model. She is also earning a handsome sum of money from her career. As per the sources, she earns approximately $100k per year while her net worth is estimated to be around $10 million in 2019.

Christina and Arend have a house in New York City. The lovebirds bought the house, that sits on 810 square feet and features 1 bedroom and 1 bathroom in $1.155 million.

Geoffrey Arend is married to actress Christina Hendriks. Arend and Hendriks tied the knot on October 11, 2009, in Il Buco, New York. They, however, had to travel to different locations for work the following day of their wedding. Arend went to Toronto while his newlywed wife went to Atlanta. 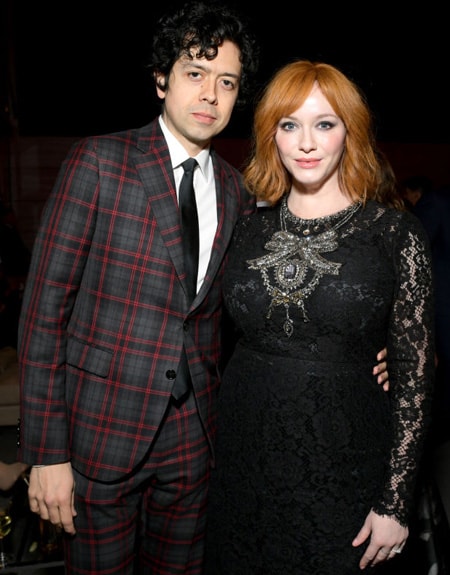 The lovebirds met for the first time through their mutual friend Vincent Kartheiser at a private club, the Magic Castle in LA. They hit it off at their first meeting and started dating shortly after.

Meanwhile, in an interview with Health, Hendriks said the couple is not thinking of having children.