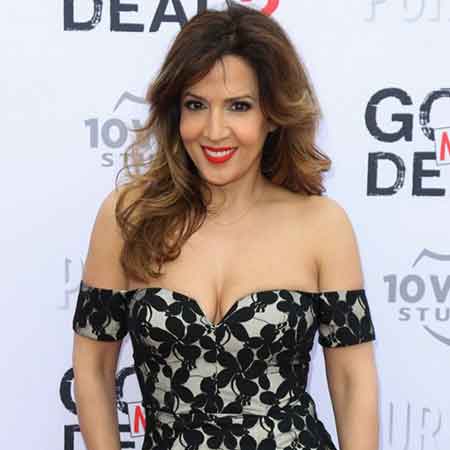 Maria Canals-Barrera was born on 28 September 1966, in Los Angeles, United States. Her parents are from a Catalan descent. She belongs to American nationality and ethnicity wise, she has a mixed ethnical background.

Maria graduated from the Univerisity of Miami. She is also fluent in Spanish and took drama lessons in junior high.

Maria Canals-Barrera started her acting career working extensively in theater in both Miami and Los Angeles. In 1992, she got her first professional role when she appeared in Telemundo Spanish-language telenovela Marielena. She made her big screen debut in the following year in Cop and a Half which became the instant hit at the box office grossing over $41 million against its producing cost of $4 million.

Barrera received a substantial boost after playing the role of Theresa Russo in the Disney Channel family sitcom, Wizards of Waverly Place from 2007-2012 alongside David DeLuise, Selena Gomez, David Henrie, and Jake T. Austin. She subsequently appeared in the Camp Rock (2008) and Camp Rock 2: The Final Jam (2010) and Larry Crowne (2011).

Barrera also voiced Shayera Hol/Hawkgirl in Justice League. She also featured in the hit ABC comedy series, Cristela for a year from 2014-15. In 2018, she appeared in Knight Squad, Young & Hungry, and Fuller House. She also won ALMA Award for Favorite TV actress.

With her illustrious career that spanned over two and a half decade,  Maria Canals-Barrera has appeared in a number of TV series and movies. According to the celebrity net worth, her net worth is around $2 million.

Some of her successful movies are listed below.

Maria Canals-Barrera is a married woman. She tied the knot with her longtime boyfriend David Barrera in 1999. Her husband Barrera is also an actor widely known for significant role as Gunnery Sgt. Ray 'Casey Kasem' Griego in Generation Kill.

It was reported that the couple started dating in 1997 and walked down the aisle after two years of a love affair. The two welcomed their first child, a daughter Bridget Barrera, in 2003. They also have another daughter named Madeleine Barrera, born in 2005.

it's been more than 18 years and the power couple is still sharing a strong bond of love.  As of 2018, the family of four resides in Los Angeles with their two children.