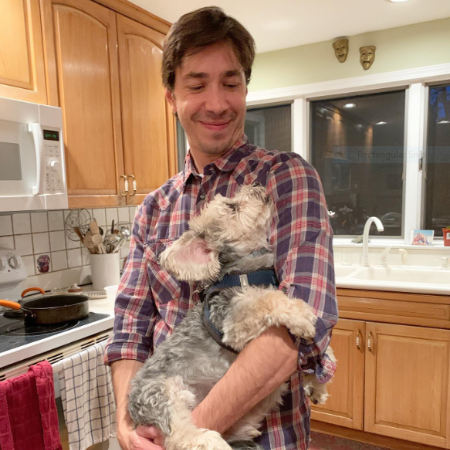 There are only a few actors who get success from their debut films, and Hollywood actor Justin Long is one of them. Long rose to fame from his first film, Galaxy Quest (1999), which was both critically and commercially successful. He never failed to impress audiences through his versatile acting and dialogue delivery. Some of his notable roles include Dodgeball, Jeepers Creepers, Accepted, Alvin and the Chipmunks, Comet, and others.

How Old Is Justin Long? His Age and Education

Justin Long was born Justin Jacob Long on June 2, 1978, in Fairfield, Connecticut, the U.S making him 43 years old as of April 2022. He is the middle son of R. James Long, a philosophy and Latin professor and Wendy Lesniak, a former actress. He is the grandson of Jody Lesniak.

His maternal grandmother was of Sicilian descent. He was raised in a Roman Catholic family along with his two brothers, an elder brother, Damian Long, who is a local stage actor, teacher, and a younger brother, Christian Long. CAPTION: Justin Long with his mother during his childhood SOURCE: Instagram @ justinlong

Long attended Fairfield College Preparatory School, a Jesuit school and completed his schooling. Then he joined Va s sar College, where he was a member of the sketch comedy group, Laughingstock and starred in several plays.

A Peek At Justin Long's Career

Justin Long started his acting career in the 1999 American comic science fiction film Galaxy Quest as Brandon. He earned a Saturn Award nomination for his role in the category of Best Performance by a Younger Actor. The following year, he debuted on television in NBC's Ed, where he played the role of socially awkward Warren P. Cheswick and appeared in 71 episodes altogether.

Justin Long has appeared in numerous TV series as well, such as New Girl, Unsupervised, Mom, TripTank, F Is for Family, Drunk History, Skylanders Academy. In 2014, Long starred in the independent love drama, Comet, which he produced. His most recently released film was, And Then I Go and Literally, Right Before Aaron in 2017. 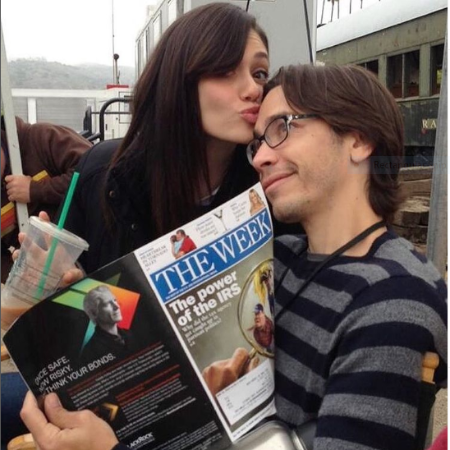 As of 2018, he voice-over the character of Spyro the Dragon in the Netflix animated series Skylanders Academy.

Long is an undeniable Hollywood talent who has been active in the industry since 1999. He has an estimated net worth of $15 million. He lives a lavish lifestyle. Long purchased a 1,975-square-foot apartment at the high-rise Blue luxury complex of New York City at $2.4 million in 2008. In 2018, Justin Long bought the Los Feliz house for $2.1 million.

Similarly, he starred in numerous box office hit movies, and some of them are enlisted below;

Long seems to be in a romantic relationship with his longtime musician girlfriend, Lauren Mayberry. Mayberry is the lead singer of the Scottish synth-pop band CHVRCHES. The couple has been together since 2016 and shares a healthy relationship. In 2018, he lived in Los Angeles with his girlfriend. However, his current relationship status is unknown. It is not known whether the couple is still together or not.

Previously, the actor Long-dated actress Drew Barrymore but the couple failed to handle their love life and split apart after three years of relationship in 2010. He then dated actress and model Amanda Seyfried from mid-2013 for two years before breaking up in September 2015.