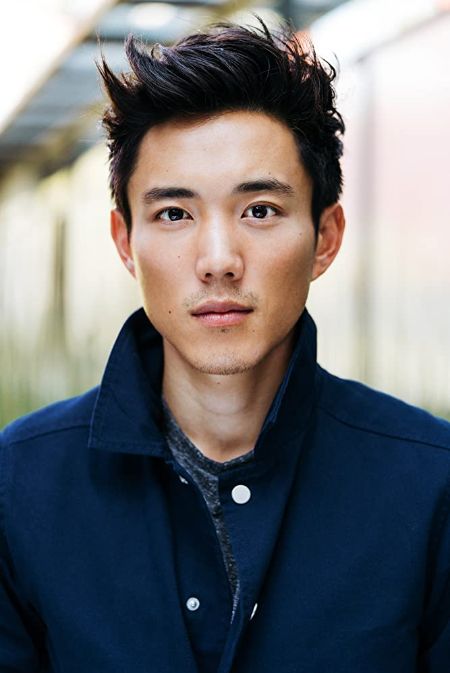 Justin H. Min is an American actor most known for playing Ben Hargreeves in the Netflix superhero series The Umbrella Academy and Cameron in the YouTube romantic-comedy miniseries Dating After College.

How Old is Justin H. Min? His Age, Ethnicity & Education

Justin Hongkee Min was born on March 20, 1990, one of two sons to first-generation Korean immigrants. The 30-year-old was born and raised in Cerritos, California, where he attended the local Cerritos High School, graduating in 2007. 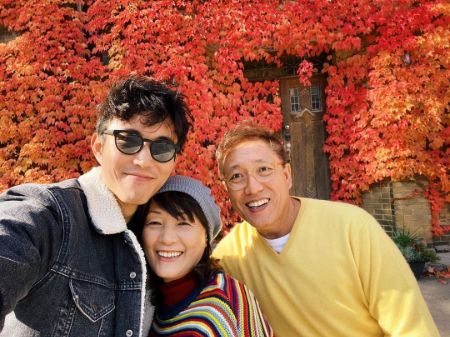 Justin H. Min with his father and mother SOURCE: Instagram

After graduation, Min attended the College of Arts & Sciences at Cornell University, where he graduated from in 2011 with a dual degree in Government and English.

Justin H. Min made his on-screen debut in 2012 and had appearances in short movies like My Father and My Best Friend Max.

He made his television debut as Michael in an episode of the musical family comedy-drama Discord and Harmony. He went on to make guest appearances in shows like the MTV romantic-comedy series Faking It, the CBS police procedural drama series CSI: Cyber, and the CBS medical drama Pure Genius.

He made his feature film debut as Eric in the 2015 comedy family-drama The Better Life and had an appearance in the 2016 thriller Rebirth.

Min is perhaps most well-known as Ben Hargreeves in the Netflix adaptation of the eponymous comic series by My Chemical Romance frontman Gerard Way, The Umbrella Academy. The series premiered its first season on Netflix on February 15, 2019, and its second season on July 31, 2020.

Besides his work in front of a camera, Justin is also a noted photographer who has had spells with the J.A.M. Awards, inVISIBLE, and The Served.

Justin H. Min is estimated to have a net worth of around $200 thousand. His wealth is primarily attributed to his on-screen career as a film and television actor. A relative newcomer to the business, Justin has only been an actor since 2012 and during that time, appeared in a little more than a handful of movies and TV shows. Despite that, he is one of the most sought-after actors working today, courtesy of his acclaimed turns in TV shows like Faking It, CSI: Cyber, Pure Genius, and New Amsterdam.

He appears as Ben Hargreeves in the Netflix superhero series The Umbrella Academy.