Aidan Gallagher, a rising star in Hollywood got wide acclaim for portraying Number Five / The Boy in the Netflix series The Umbrella Academy.  The American-born teen actor & singer is professional since 2013 & already has widespread fan attention globally. Gallagher began his on-screen journey at the age of  9 & his prominence flourished with his appearance in Nicky, Ricky, Dicky & Dawn (2014- 2018).

Aside from an acting career, Gallagher works as an active environmental advocate. Adian became the youngest ever to become UN Environment Goodwill Ambassador for North America in July 2018.

Born on September 18, 2003, in Los Angeles, California, the USA, Aidan is 16 years old (as of August 2020). Gallagher's mother's name is Lauren Gallagher and his father is Rob Gallagher, former executive Vice President of Gaga as per IMDB.

Did you know? Aidan is left-handed & has an interest in playing guitar and piano.

At the age of 13, Aidan Gallagher made his on-screen debut in Modern Family in 2013. The same year, he worked on a short film You & Me.

In 2014, the actor was cast as one of the main characters in Nicky, Ricky, Dicky & Dawn. There, he portrayed one of the quadruplets, Nicky Harper alongside Brian Stepanek, Allison Munn, and Casey Simpson. After 4 seasons (82 episodes), the Nickelodeon TV series ended on August 4, 2018. The series earned him a nomination for the 2017 Kids' Choice Award and the 2016 Young Artist Award. 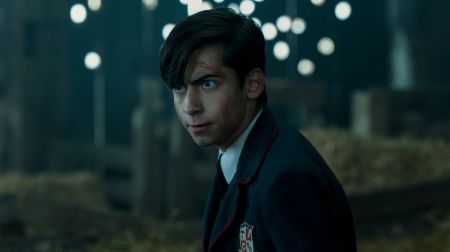 The breakthrough came in 2019

Gallagher's major breakthrough came in 2019, as he landed the main role of Number Five / The Boy in The Umbrella Academy.

Due to the COVID-19 pandemic resulting in lockdown, his 2020 Blue Neon Tour was halted. His notable singles are I Love You and For You.

Gallagher actively works as an activist for environmental issues and worked as an advocate for organizations such as Waterkeeper Alliance, WildAid, and Oceanic Preservation Society.

According to Celebrity Net Worth, Aidan Gallagher has a net worth of $2 million as of August 2022. He mainly earns a hefty sum throughout his acting career, thanks to his career journey of over 6 years.

Meanwhile, Aidan works in the Netflix series The Umbrella Academy but is yet to open up his salary detail. Allegedly, he earns tens of thousands of dollars per episode from the series.

An active Instagram user, Aidan has a mass of 3.7 million followers on his official account @aidanrgallagher. As of now, no official report on his endorsements is out, but if he does sign a deal, the actor can earn $7,470 - $12,451 per sponsored post.

Previously, Aidan Gallagher was in a relationship with actress Hannah McCloud. McCloud made her career journey from commercials to films & has worked in Tenured (2015) and Revenge (2015). Reportedly, the duo dated for almost a year in 2017, before splitting quietly. 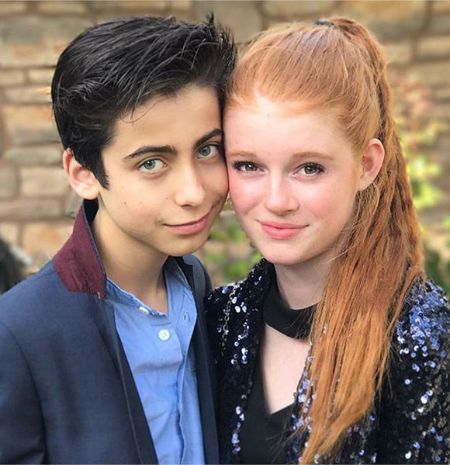 Meanwhile, Gallagher is low-key about his relationship status & neither has confirmed dating a girlfriend. In May 2019, he collaborated with teen singer Trinity Rose and flooded the duo's dating rumors.

The two define themselves as best friends & also attended the red carpet of Umbrella Academy at NeueHouse on 2019 Valentine's Day.

Over the years, the American actor already has encountered a few rumored relationships; with Pretty Little Liars actress Jessica Belkin and Nickelodeon actress Madisyn Shipman in 2016.