Tom Hopper is an English television and movie actor. The native of Leicestershire, England, is known for his portrayal of Dickon Tarly roles in HBO’s fantasy drama, Game of Thrones. He is also famous for his recent work in Terminator: Dark Fate.

Tom Hopper was born on January 28, 1985, in Coalville, Leicestershire, England. An imposing figure at 6’5” height, Tom was hard to miss. He attended Ashby School in his hometown and got involved in acting very early on, appearing in school plays and musicals.

He also studied acting in Rose Bruford College in London and graduated c u m laude in 2006.

Starting his professional acting career in theatre, Tom has appeared in numerous theatre plays, including Return to the Forbidden Planet and As You Like It.

His first on-screen role came in 2007 in the TV series, Casualty. His other TV appearances include Kingdom and Doctors. He also appeared in a 2010 episode of Doctor Who. Furthermore, he played Sir Percival in the BBC’s fantasy-adventure drama, Merlin.

Tom became a household name as part of the ensemble cast in the HBO fantasy drama, Game of Thrones. He played Dickon Tarly, the younger son born into House Tarly. The reach of the Game of Thrones franchise gave him recognition outside of England. 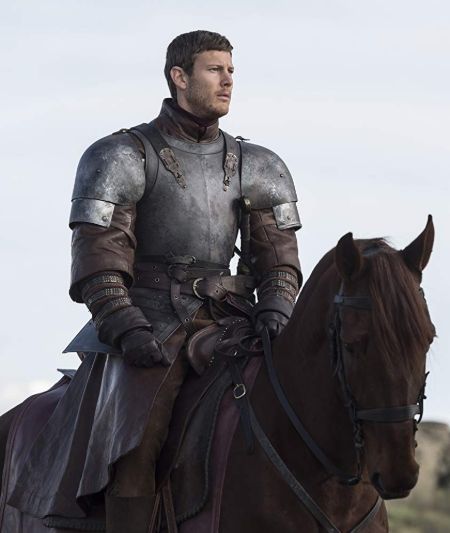 Tom as Dickon Tarly in Game of Thrones SOURCE: IMDb

Amidst an ensemble cast consisting of Kit Harington, Emilia Clarke, and Peter Dinklage, Tom was singled out for his screen presence.

He has also appeared in such movies as Saxon, Tormented, and Cold. His physical stature earned a role in the historical drama, Northmen: A Viking Saga. Most recently, he played Hadrell in the continuation of the long-running Terminator franchise, Terminator: Dark Fate.

Tom has a litany of future projects currently in post-production, such as The Hitman's Wife's Bodyguard and SAS: Red Notice. The movies have wrapped up and are set to release earlier next year.

Tom Hopper's Net Worth Is $5 Million

As of 2019, Tom is estimated to be worth $5 million. The 34-year-old English actor has been a mainstay of English drama since the early 2000s.

His ongoing acting career is the primary source of his income. He was also a part of the extremely successful fantasy drama series, Game of Thrones, which is one of the most successful shows he has been a part of so far.

Tom Hopper Is Married To The English Actress Laura Hopper

Tom is married to English actress Laura Hopper. They tied the knot on June 7, 2014, and have been living happily ever after. 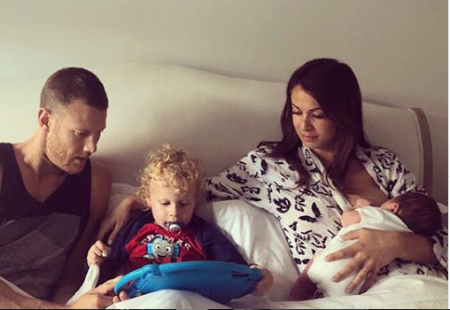 Tom is an active presence on Instagram with 583k followers.