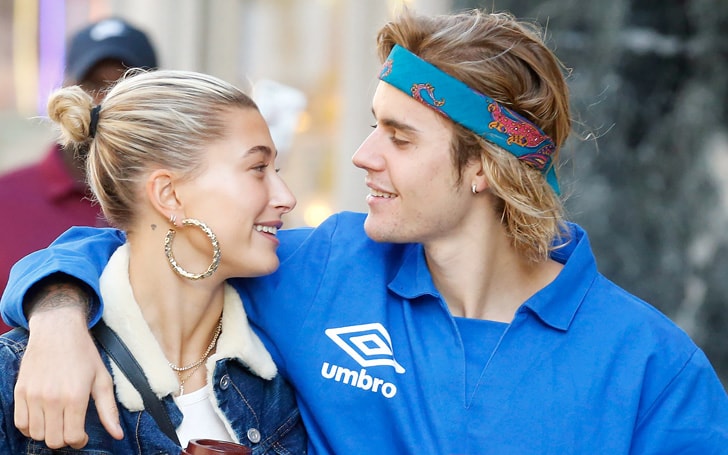 Justin Bieber and his wife Hailey Baldwin walked down the aisle again, slightly over a year since they tied the knot in New York City courthouse last year. The Canadian singer and Baldwin exchanged their vows in a romantic yet private wedding in South Carolina on Monday, 30th September.

We all know the Baby singer had been in an on and off relationship with singer and television producer Selena Gomez before settling down with the American model. Just months into the relationship, Bieber, and Baldwin became engaged and tied the knot in 2018.

Said "I Do" In Front Of 154 Guests And Family Members

Mr. and Mrs. Bieber and Hailey Baldwin said their "I dos" in front of around 154 guests and family members on Monday evening at Montage Palmetto Bluff in Bluffton, South Carolina.

Models Camila Morrone, Kendall Jenner, and Joan Smalls were among the attendees of the Monday wedding. Meanwhile, Bieber reportedly invited one of his ex-girlfriends, Caitlin Beadles, whom he dated back in 2008.

The couple hosted a pre-wedding dinner a day before the wedding. Guests joined them at the Moreland Landing venue through speed boats where they indulged local food, including an oyster roast. Baldwin donned a white mini dress and a Jimmy Choo heels in the rehearsal dinner. 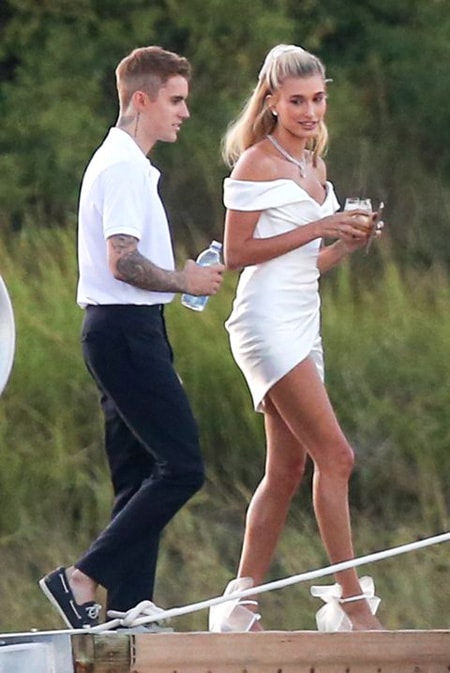 Guests enjoyed pre-ceremony cocktails at the Inn lobby lounge while they were escorted to yet another cocktail hour after the wedding. Follwoing that the newlywed hosted a formal reception with plated dinner at the Wilson Ballroom.

Just days before the wedding, Baldwin celebrated her bachelorette party in Los Angeles organized by her model pal Kendall Jenner and a small group of her girlfriends.

The 25-year-old Canadian singer and Hailey Baldwin are teenage friends first and then only "the lovers." Unlike most of the celebrity couples, they had an awkward encounter in 2009 when Baldwin's father Stephen Baldwin introduced her to Bieber.

Just days before his second wedding, Bieber shared their first picture on his Instagram captioning it as "My wife and I :) where it all began." 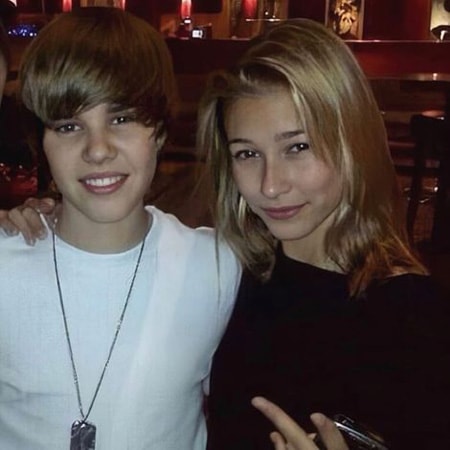 Justin Bieber and Hailey Baldwin took the picture after their first meeting in 2009 SOURCE: Instagram @drewhouse

Their friendship didn't go any further for the next few years as the Sorry singer was busy with Selena Gomez. After Bieber and Gomez broke up in late 2014, he reunited with Hailey at a New Year's Eve 2015 bash and the pair hit it off immediately.

Within a few days, pictures of their heated romance broke the internet. Moreover, Bieber also shared a picture of him kissing Baldwin on Instagram. But they didn't confirm if they were dating at that time.

Subsequently, the couple was seen taking a baking class together in Los Angeles where they were later joined by Kendall Jenner, who in turns credited to starting Bieber and Baldwin's relationship.

In March that year, Bieber and Baldwin inked a tattoo of a letter "G" in honor of a couple from their church whose daughter named Georgia was suffering from Lissencephaly. Bieber inked the tattoo on his upper arm while Baldwin got behind her ear. They were continuously speculated to be an item, but none of them showed the green flag. 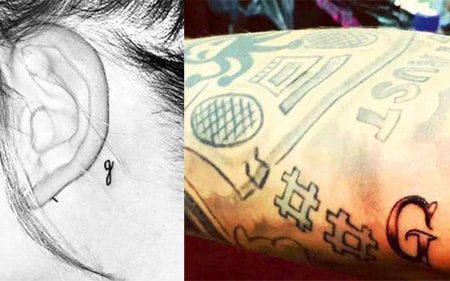 While media still linked Bieber with Baldwin, he was captured strolling with his ex-girlfriend Selena Gomez. And for the next few months, the Jelena was on and off.

On the other side, Bieber increased his intimacy with Baldwin and in December 2015, they went on a vacation. Though they frequently denied being a couple, their social media post and several paparazzi photos confirmed they were more than just friends. They enjoyed their Anguilla vacation until at least January 1st, 2016.

Just two days later, Bieber officially confirmed his relationship with Hailey Baldwin with a photo of the couple sharing a smooch. 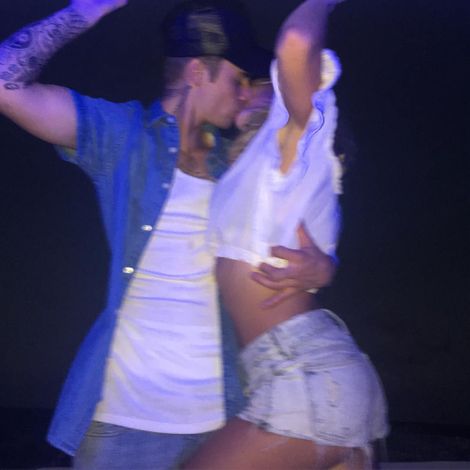 The couple even explained themselves as inseparable in separate interviews, however, months later in August 2016, they appeared to be broken up already. Bieber was seen with Sofia Richie whereas at the same time he unfollowed Baldwin from his Instagram.

Meanwhile, Bieber was reported to have reconciled with Selena Gomez. He again remained in an on and off relationship with Gomez with whom he officially broke up in March 2018.

In May 2018, Bieber and Baldwin reunited and within a few weeks, they again started dating. The pair was again started making headlines every other day, but this time, they seemed more serious and mature as well. In July 2018, they got engaged.

Just two months after their engagement, the pair got married in an NYC courtroom on September 13, 2018. Following their private nuptials, they headed to London for their highly-publicized honeymoon.