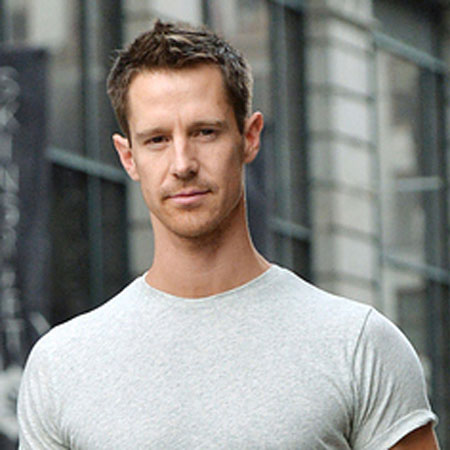 American actor, Jason Dohring is well recognized for his role as Logan Echolls on the TV series, Veronica Mars. He is also popular for Moonlight, Ringer and The Originals among others. Dohring made his Hollywood debut in 1994 from the movie, Prehysteria! 2. The same year, he also made his TV debut from a TV movie, Someone She Knows. As of 2018, he is working as Chase Graves in the TV series, iZombie.

Dohring married his girlfriend, Lauren Kutner and together they have two children.

Jason Dohring was born Jason William Dohring on 30th March 1982 in Toledo, Ohio under the birth sign Aries. Dohring is American by nationality and ethnicity wise, he is White. His parents, Laurie and Doug Dohring, both are the owners of the Dohring Company, a marketing research company.

Dohring has four siblings, Robert, Jonathan, Kristen and Kelsey Dohring. He is a member of Church of Scientology and credits Scientology to reinstate his career in the entertainment industry.

Jason Dohring made his acting debut from the monster movie, Prehysteria!2. In 1998, Dohring worked in a science-fiction disaster movie, Deep Impact directed by Mimi Leder.  He then appeared in several movies, such as Train Quest, Black Cadillac, The Deep Below, and Searching for Sonny. In 2014, he worked in a neo-noir mystery comedy-drama film, Veronica Mars directed by Rob Thomas.

Dohring made his TV debut in 1994 from the TV movie, Someone She Knows. The following year, he worked in action drama series, Baywatch. He then back to back appeared in several TV series including Journey, Mr. Rhodes, Once and Again, Roswell, The Parkers, JAG, Body Politic, Supernatural and Motive among others.

Particularly, he is popular for his role in:

Jason Dohring has an estimated net worth of $1.5 million. Dohring's 1998 movie, Deep Impact made $349.5 million collection at the box office, made with a budget of $80 million. The movie was rated 6.1 stars out of 10 by IMDb. He worked in the movie with Robert Duvall, Tea Leoni, Elijah Wood, and Vanessa Redgrave among others.

CAPTION: Jason with his wife and children. SOURCE: screenertv.com

Dohring lost about 20 pounds for his role in the movie, Veronica Mars.

Here is the video, where Jason Dohring talks about his role in Veronica Mars: