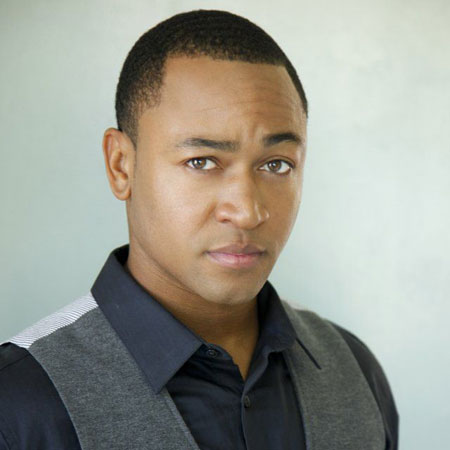 American actor, Percy Daggs III is well recognized for his role as Wallace Fennel in the TV series, Veronica Mars. He also starred in the movie with the same name. He made his Hollywood debut in 1998 from the TV series, Any Day Now. In 2001, he made his movie debut as Young Money in the movie, Blue Hill Avenue.

Daggs III also appeared in several commercials for Orbit Gum and Hot Pockets. As of 2018, he is serving as a founder and director of Actors Bridge Center.

Percy Daggs III was born on 20th July 1982 in Long Beach, California under the birth sign Cancer. Daggs III is American as per nationality and ethnicity wise she's African-American. His parents raised him with his two brothers, Rueben Daggs, Cardin Daggs and a sister, Selena Daggs.

Daggs III made his movie debut in 2001 from crime film, Blue Hill Avenue directed by Craig Ross Jr. In 2008, he worked in the drama film, American Son starring Nick Cannon, Melonie Diaz, Matt O’Leary and Chi McBride among others.

He then worked in In the Hive and Murder 101. In 2014, he appeared in Veronica Mars appearing alongside Kristen Bell, Jason Dohring, Enrico Colantoni and Ryan Hansen among others.

In 1998, Daggs III made his TV debut from Lifetime Network’s drama series, Any Day Now created by Nancy Miller and Deborah Joy LeVine. The same year, he worked in drama TV series, To Have & to Hold starring Moira Kelly and Jason Beghe.

He then worked in Freaks and Geeks, The Amanda Show, Family Law, Boston Public, Rising the Bar, iZombie, and Southland among others. Particularly, he is famous for his role as Wallace Fennel in the teen noir mystery drama TV series, Veronica Mars written by Rob Thomas.

In 2015, he worked in his first web series, The New Adventure of Peter and Wendy as Jas Hook.

Percy Daggs III has an estimated net worth of $800 thousand. He earns much from his acting in TV series and movies.

He is also the founder and director of Actors Bridge Center which he found in June 2014.

He also appeared in the several commercials for Hot Pockets and Orbit Gum.

Perry Daggs III is yet to marry. Daggs III rarely shares his private life to the public.

Moreover, he has not introduced anyone as his girlfriend. So, as per the available information, he might be possibly single in the present days.

He is close with the cast members of Veronica Wars.

Here is the video, in which Percy Daggs III, Michael Muhney, and Jason Dohring talk about their movie, Veronica Mars: