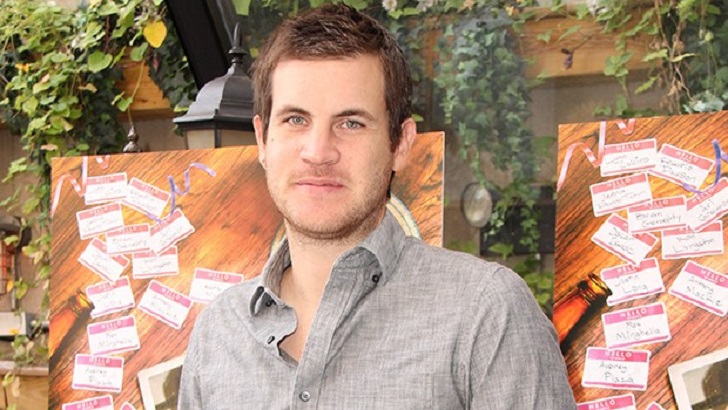 The doors of Hollywood opened for Jamie Linden after winning the popular game show, The Price Is Right hosted by Bob Barker in 2006. Since then he has not looked back and at present, has made his name as a screenwriter and filmmaker with the movies like We Are Marshall and 10 Years.

Besides his professional life, Linden also grabbed much media attention from his romantic relationship with girlfriend, Rachel McAdams. The couple recently welcomed a son together.

5. Jamie Linden Is A Native Of Florida 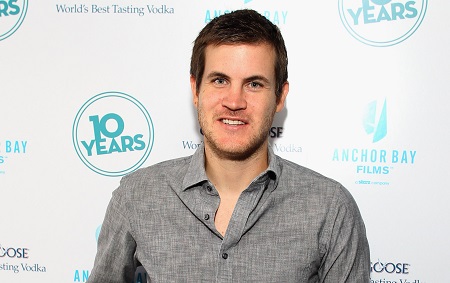 He later moved to Hollywood, California in 2001 to pursue his career in Hollywood.

4. He Is A Filmmaker And Screenwriter

Linden started his career as a screenwriter in 2006 writing the script for the movie We Are Marshall starring Matthew McConaughey and Matthew Fox. 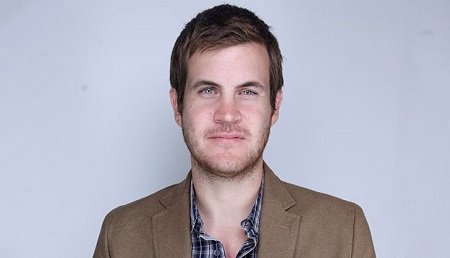 He also has written a screenplay in an upcoming movie set to release on March 1, 2019, Chaos Walking. Linden made his directorial debut from 10 Years and co-produced movies such as Dear John and We Are Marshall.

Prior, he won the game show, The Price Is Right in 2006. Recalling the past, Linden said:

“I won $5,000 and a Tuscan wine server cart. So I decided to stay. I got a temp job reading screenplays and was fascinated by them. I was hired and fired from a few assistant jobs so I figured I’d try writing a script myself.”

The show helped him build his career in Hollywood.

3. He Used To Work As An Assistant At A Production Company

Before pursuing a career as a screenwriter, Linden used to work as an assistant in a production company named Mirage Enterprises.

Talking to Variety in 2012, he revealed:

"My first job was an assistant at [production company] Mirage [Enterprises] for [director and producer] Sidney Pollack and [director and screenwriter] Anthony Minghella,"

The production company has produced several projects such The Fabulous Baker Boys, The Talented Mr. Ripley, and Iris among others.

Rachel McAdams is not the first actress, the 37-year-old filmmaker dated. He was previously in romantic relations with New Girl star, Zooey Deschanel.

Linden and Deschanel started dating in 2012 soon after her divorce with Ben Gibbard in late 2011 citing irreconcilable differences. 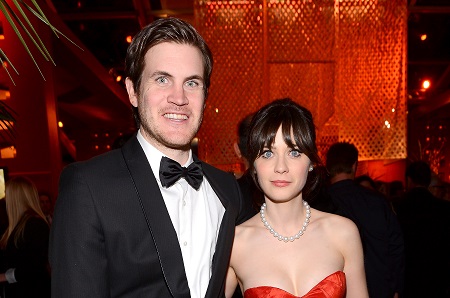 CAPTION: Jamie Linden and Zooey Deschanel: They started dating from 2012 after Deschanel's divorce with Ben Gibbard in 2011. They broke up in 2014 SOURCE: Bustle

During their relationship, sources claimed that Linden was a nice man:

They dated for about two years and separated in 2014. Soon after the breakup, Deschanel started dating Jacob Pechenik and married in 2015.

Linden and McAdams share a low-key relationship since they were captured together in April 2016. They rarely make any public appearance and haven't been spotted together at any red carpet events as well. 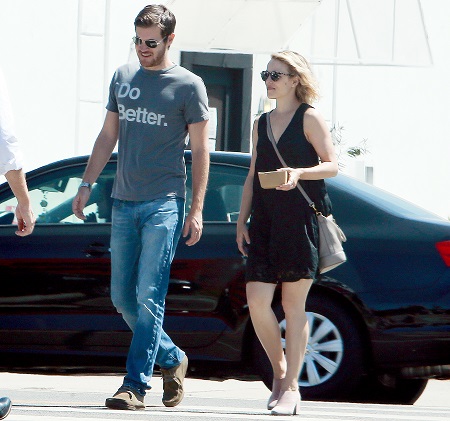 CAPTION: Rachel McAdams and Jamie Linden maintained their romance under the radar until they were spotted together in April 2016 SOURCE: US Weekly

The low key couple appeared together in a wedding ceremony held in Virginia in June 2016. Later, they were spotted getting cozy while attending Louvre art museum in Paris after Linden's appearance in the 2016 Cannes Film Festival for his movie Money Monster.

Reportedly, Linden and McAdams welcomed their first child on 10th April 2018. The news came out after the couple was spotted together where Linden appeared carrying their newborn baby in his arms.

The 39-year-old Oscar-nominated actress managed to keep her pregnancy private until Enews confirmed her pregnancy.

While McAdams officially hasn't confirmed the news, he previously said that she would love to be a mother:

"Having a few [kids] would be great. My mom is a great inspiration to me...She's a nurse and very nurturing and gentle. She lets me be who I am. Hopefully I can take on those qualities and be as great as her."

"Part of me is very attached to the idea of having children. It’ll depend on if I find the person I want to do that with."

She was absent in her recent movie, Game Night's premiere on February 23, 2018. McAdams starred in the movie alongside Jason Bateman.

Also Read: Rachel McAdams is Engaged! See The Photos! A list of McAdams' Boyfriends So Far!

She famously dater her Notebook co-star, Ryan Gosling. They shared on-again and off again relationship from 2004 to 2007. She was also in a romantic relationship with Midnight in Paris co-star Michael Sheen from 2011 to 2013.