Rachel McAdams is Engaged! See The Photos! A list of McAdams' Boyfriends So Far! 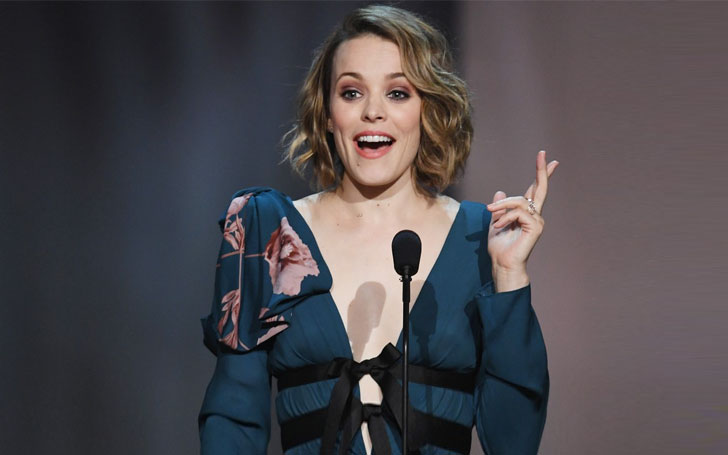 Many actors fall for each other on movie sets. Canadian actress Rachel McAdams who won many hearts with her groundbreaking performance in the romantic drama The Notebook falls under the category as well.

The Oscar nominated actress shared a high profiled relationship with her The Notebook co-star Ryan Gosling in 2004. However, it didn't last for long. While Gosling is now happily living together with Eva Mendes and two kids, McAdams is now engaged!

Rachel McAdams Engaged! Who Is Her Fiance? Details!

A source close to the couple apparently told Hollywood Life:

Rachel is ready to settle down and start a family.She can’t wait to start the rest of her life with Jamie.

No one’s ever made [Rachel] feel this way. Jamie’s stolen her heart.

Thirty-eight years old Canadian actress and her screenwriter boyfriend have kept their love life quite private.

Back in August 2016, McAdams and Linden were caught shopping for home furnishings like pillows in West Hollywood. The cute picture of McAdams and Linden holding pillow were all over on the internet. Jamie Linden and Rachel McAdams moved together shortly after the shopping.

Before dating Rachel McAdams, the writer was in a relationship with New Girl star Zooey Deschanel in 2012. They broke- up after two years of dating.

The Oscar nominated actress has been linked to several celebrities till date. Before Linden, she was in a relationship with her co-star Taylor Kitsch, they started dating in 2015 and went on to date for a year!

McAdams was in a public relationship with Ryan Gosling back in 2004. McAdams first met Gosling on the sets of The Notebook in 2004. The couple shared an on and off relationship for about four years before finally ending their relationship in 2008.

McAdams then briefly dated Josh Lucas in 2009. McAdams was also in a relationship with Ben Jackson in 2009 but they broke-up after a year. Soon after the breakup with Jackson, McAdams started dating Michael Sheen the same year. Their relationship lasted for about three years, and they broke up in 2013.

All is well that ends well, right? Rachel McAdams is now engaged and happy. And that's what matters.