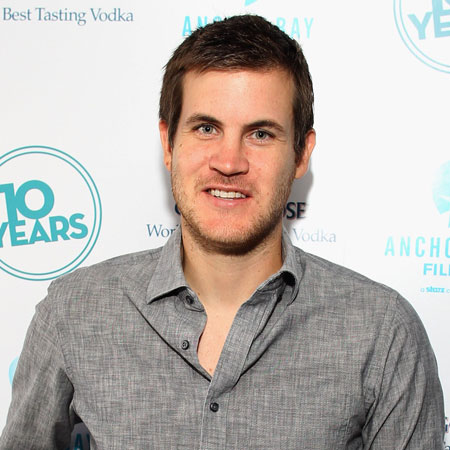 American screenwriter, Jamie Linden is well-recognized for his screenplay for the movie, Dear John and We Are Marshall. He is also credited for his work in several movies like 10 Years and Money Monster. As of 2018, he is co-writing the screenplay for the upcoming movie, Chaos Walking. He was hired and fired from several assistant position jobs before pursuing his career in writing. In early 2000, he won the game show, The Price Is Right which inspired him to stay in Hollywood.

Linden is in a relationship with Canadian actress, Rachel McAdams. The couple started their relationship in 2016. In 2018, the couple welcomed their first child.

Jamie Linden was born on 3rd September 1980 in Florida under the birth sign Virgo. Linden is American by nationality and belongs to White ethnicity. His parents raised him in Winter Park, Florida near Orlando.

Linden attended Lake Howell High School and later majored in marketing and media production at Florida State University’s College of Communication. After graduation, he along with his three friends traveled to Hollywood with the tickets to The Price Is Right. He then won $5k and a Tuscan wine server cart. The victory inspired him to stay there,

Besides, he was hired and fired from several assistant jobs.

Jamie Linden, at the initial phase of his career, worked as an assistant to directors, Anthony Minghella and Sydney Pollack at Mirage Enterprises. The job was a big break of his career.

Linden made his Hollywood debut as the screenwriter in 2006 in the movie, We Are Marshall. The movie starred Matthew McConaughey, Matthew Fox, Kate Mara and Anthony Mackie. The movie was based on a true story of 1970 Southern Airways Flight 932 plane crash in which most of the members of Marshall University football team were killed.

In 2010, Linden wrote his second screenplay for the movie, Dear John. The following year, he made his directional debut with the movie, 10 Years. Three years later, he worked with George Clooney and Julia Roberts for the movie, Money Monster.

As of 2018, he is co-writing the screenplay for science fiction action thriller film, Chaos Walking with Patrick Ness, Charlie Kaufman, and John Lee Hancock.

Here is the list of his movies that made a good collection at the box office:

Jamie Linden is in a relationship with Rachel Ann McAdams, a Canadian actress. The couple started dating in 2016. Though the couple has been dating for months, they never walked on a red carpet together. They also rarely appear together in public. 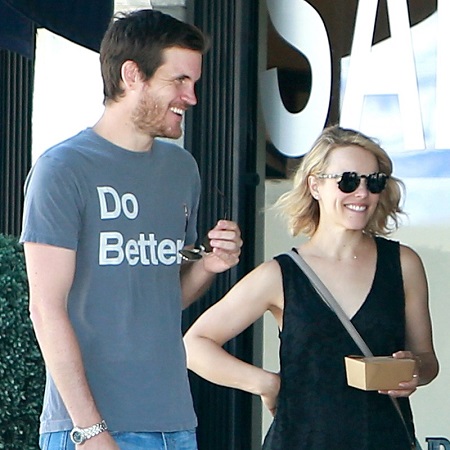 CAPTION: Jamie with his girlfriend, Rachel McAdams. SOURCE: US Weekly

The two were first spotted in Virginia attending a wedding ceremony. Later, they were spotted getting cozy in Paris.

In February 2018, E! News revealed Rachel’s pregnancy to the world other than that the couple kept the news about the pregnancy under wraps. The same year, the couple welcomed their first child. On 9th April 2018, the couple was spotted carrying their infant son. This was the first public appearance of their child.

The couple is together for years and is not married yet. 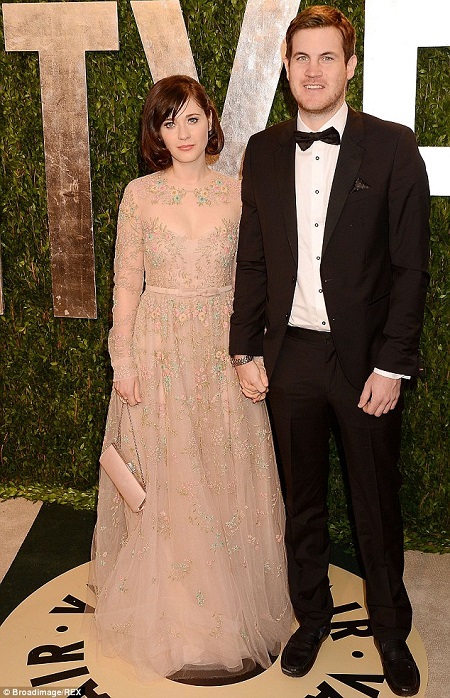 Previously, Linden dated New Girl Star, Zooey Deschanel in 2014 and broke up in 2016.

In April 2013, at the wedding of Friday Night Lights actor, Scott Porter, he appeared as a groomsman.

Here are 7 facts about Jamie Linden: