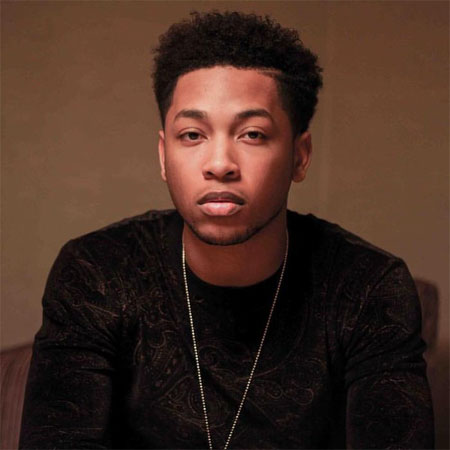 Jacob O'Neal Latimore, Jr. is widely recognized as Jacob Latimore, is the young American singer, dancer, and actor. He earned an immense fame for his R&B singles "Best friend" and "Superstar.” Besides, he also featured in famous movies including, ‘The Maze Runner’, ‘Collateral Beauty,' and ‘Detroit.’

The Maze Runner actor, Jacob Latimore was born on August 10, 1996, in Lansing Michigan, United States. He is the son of Jacob Latimore, Jr. and Letitia Taylor. He was raised up in his hometown, Lansing Michigan with his parents. He fell in love with music after watching the movie, The Temptations at the age of five.

Jacob’s father and uncle encouraged him as a child, as both of them were musically talented. Jacob belongs to American nationality, and as far as his ethnicity wise, Jacob is a Black American.

Jacob Latimore produced his first song, “Best Friend” when he was only nine years old. After producing the song, he began performing at events and festivals throughout the state. He later released the songs “Camera Phone” along with fellow Jive artists Issa and Justin Martin.

In addition to singing, Jacob also featured in a number of major movies like, ‘Black Nativity’ and ‘Ride Along.' In the year 2014, he featured the character of Jeff in ‘The Maze Runner’ along with Dylan O'Brien, Kaya Scodelario-Davis, Thomas Brodie Sangster, Will Poulter, and Patricia Clarkson.

The young American singer, dancer, and actor, Jacob Latimore, 21, is an unmarried man. But, it doesn’t mean that the young singer and actor hasn’t dated anyone or involved in a relationship.

Jacob was once involved in a relationship with same-year-old American actress Cymphonique Miller. However, Jacob and his ex-girlfriend, Miller's love affair only limited to making music together.

Besides, Jacob is also more active on social media.

The rising American singer, Jacob Latimore has garnered a tremendous amount of money as an R & B recording artist for Jive Records and Crown World Entertainment.

According to Celebrity Net Worth, Jacob’s estimated net worth of $1.2 million in the year 2017. One of his commercially successful movie, The Maze Runner, is a 2014 American dystopian science fiction, action thriller film.

The film grossed a tremendous amount of box office collection of $348.3 million, against its budget of $34 million. He stands at the height of 5 feet 7 inches tall.