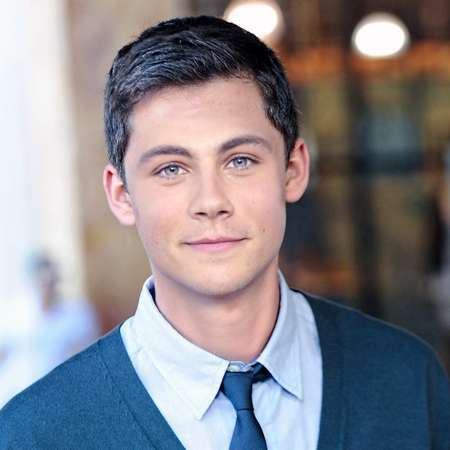 Dylan O'Brien is an American actor and social media star. He is famous for his role in the science fiction The Maze Runner Trilogy and his role, Stiles Stillinski in the MTV series Teen Wolf.

He began his career through short comedic films which he uploaded on his YouTube channel. He auditioned for several films and TV programs before getting one of the main characters in MTV’s Teen Wolf.

He later made a major breakthrough in The Maze Runner trilogy. He has earned several awards for his role in the MTV series Teen Wolf. His other film credits are The Internship, the First Time, and Deepwater Horizon.

Dylan O'Brien was born on August 26, 1991, in New York City, New York, United States of America. Dylan was born as the son of mother Lisa O'Brien and Patrick O'Brien. His mother was an actress she also ran an acting school. And his father was a camera operator.

He was raised in Springfield Township, New Jersey. His father belongs to Irish descent, and his mother is of, English, Italian and Spanish ancestry. His star sign was Virgo. His nationality is American and holds citizenship in the United States. His ethnicity is white. Dylan has an older sister named Julia O'Brien.

Dylan graduated from Mira Costa High School in 2009. Dylan considered pursuing sports broadcasting and possibly working for the American professional baseball team based in New York City the Mets. He also attended Syracuse University in fall 2009. Later he moved to Los Angeles for his acting career.

He made his television debut from the super hit American television series Teen Wolf. He is also featured as "Stiles" Stilinski since 2011 for a total of 70 episodes. He has also appeared in other television series like First Dates with Toby Harris (2013) and New Girl (2013).

Dylan has also appeared in many super hit movies like The Internship (2012), The Maze Runner (2014), Maze Runner: The Scorch Trials (2015). Currently, he is busy with his upcoming movie Deepwater Horizon which is released to be in 2016.

Dylan is a very good-looking guy who has numerous fans. He has established himself as a good actor and a style icon. He was linked with previous women in the past. He was once linked with his Teen Wolf co-star too, but the news about the affair was later refused by Dylan.

This handsome actor is currently dating actress Britt Robertson. She has also worked with him in the teen romantic comedy film The First Time of 2011. They first meet on the set of The First Time; they became close during the shooting of the movie. He is often seen with his girlfriend Britt in the shopping malls and different public events. They are enjoying their relationships and have no plan of getting married.

Dylan O'Brien has a very charming personality and charming face. He has also maintained his body in perfect posture for which he workout very hard. He has a height of 5 feet 11 inches. His hair color is black and has blue eyes. Talking about his earning he has a fantastic net worth of 5 million dollars. Information about his salary is not updated yet.