Has Winning A Nomination For An Oscar Increased Timothee Chalamet's Net Worth? His Income Sources And Lifestyle 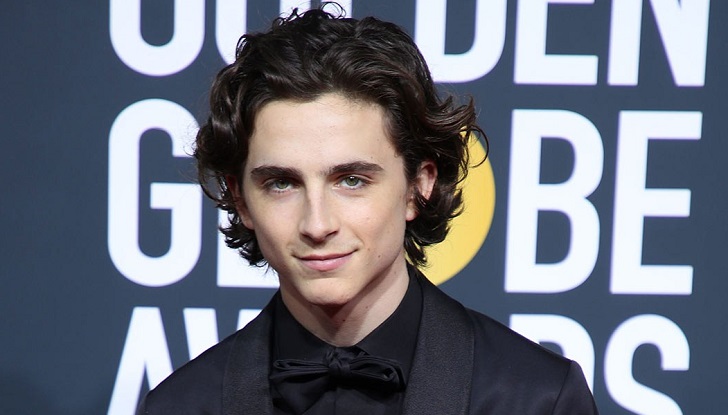 With a hand full of works and several awards in his name, Timothee Chalamet has been one of the most inspiring young actors of the Hollywood at present. Chalamet rose to fame after his performance in Call Me by Your Name, also winning an Oscar nomination for his performance, being the third youngest nominee for the award.

Along with the rising popularity, the star also has earned hefty amount of money. How much has the actor earned from his growing career? Are you interested in his lifestyle? We have all details here.

How Much Is Timothee Chalamet's Net Worth?

The 22-year-old Oscar-nominated star has also earned quite an impressive amount of net worth, given he is so young. The rising star who started his acting career from the film, Sweet Tooth following Clown in 2008 has earned most part of his net worth from his acting career.

The estimated net worth is $1 million as per some sources. This is, however, not an official figure as the figure is still under review and will increase soon as he is booked for a handful of upcoming projects.

His upcoming movie is A Rainy Day in New York appearing alongside Kelly Rohrbach, Selena Gomez and Elle Fanning with $25 million budget.

Furthermore, he has been cast in several other big budget movies such as The King alongside Robert Pattinson, Christian Navarro, Beautiful Boy opposite Steve Carell and Maura Tierney, and Call Me by Your Name Sequel.

Also Read: Call Me by Your Name star Timothée Chalamet is the new crush of Hollywood-Here are the five facts you need to know about the Oscar-nominated Actor

The young inspiring actor has been an inspiration for many youths as he created history being the third youngest nominee for the Academy Award since 1939.

Besides the Oscar nomination, Chalamet has been nominated and awarded with several awards which are listed below.

Like every other Hollywood star, Chalamet is also living a lavish lifestyle and currently resides in New York.

Chalamet spends his money on branded items and gadgets. Berluti is his favorite clothing brand as he has appeared in several VIP events wearing Berluti. In fact, he also stated that the creative chief Berluti, Haider Ackermann is his favorite designer.

Chalamet appeared in white Berluti Tuxedo designed by Haider Ackermann in 2018 Oscar event. The actor also wore Berluti Fall/Winter 2017 Collection during his promotion events of Call Me By Your Name.

The actor pledged to donate his entire salary from his upcoming movie A Rainy Day in New York to charity following the sexual abuse allegation against director Woody Allen.

Chalamet took to Instagram to make the announcement to donate his salary to three charities: TIME’S UP, The LGBT Center in New York, and RAINN in January 2018.

His A Rainy Day in New York co-star Griffin Newman, Selena Gomez, and Elle Fanning also stated to donate their salary from the movie to charity.