Footballer Emiliano Sala's Missing Plane Is Found In The Channel!! 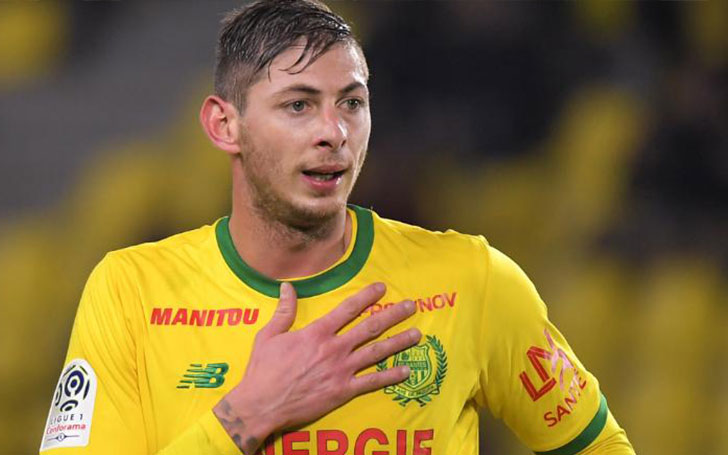 The Missing Football Star Signed By The Cardiff For £15 Million, Emiliano Sala's Plane Found In The Bottom Of The English Channel

The aircraft carrying football star Emiliano Sala was found at the bottom of the English Channel in Alderney. The crowd-funded search with the sonar for about two weeks found the wrecks of the plane which was carrying Argentine striker and the pilot.

Though the pieces of the plane are found, there is no any news about the passenger, Emiliano Sala, and the pilot David Ibbotson.

The total sum of £300000 ( $ 395,984.70 ) was collected by crowdfunding starting a campaign GoFundMe with the help of Premier League stars Laurent Koscielny and Ilkay Gundogan. Moreover, popular football stars including Lionel Messi, Adrien Rabiot, Nordi Mukiele, Kylian Mbappe, Geoffrey and others donated a large sum of money while boosting the GoFundMe Campaign.

A plane carrying Emiliano Sala and piloted by Dave Ibbotson, 59, has been located by my crew. The families of Sala and Ibbotson have been informed by the police. This is about the best result we could expect for the families but is devastating news. No bodies have not been recovered yet.

He also believes that the plane entered the deep blue ocean in one piece that is why it has been found so fast in the English Channel.

Shipwreck hunter David Mearns used the latest sonar technology that scanned the seabed of Alderney in an Island of the English Channel. The boat FBV Morven picked up the signal through the remote-controlled submarine fitted with a camera that identified and captured scraps of the plane.

'The two-seat cushions which are believed to be of the plane were found on the beach near Surtainville, on France's Cotentin Peninsula, Normandy' reported by The Air Accidents Investigation Branch (AAIB).

The plane that carried the football star disappeared on Monday, 21 January 2019

His body was found on 6th February 2018, as per the investigators, the body was recovered from the wreckage of the plane that went missing in January 2018.

Meanwhile, his sister posted an emotional and heartbreaking tribute to her brother. She shared Sala's picture on her Instagram with a beautiful caption.

She wrote: “Your soul in my soul it will shine forever thus illuminating the time of my existence. I love you, tito".