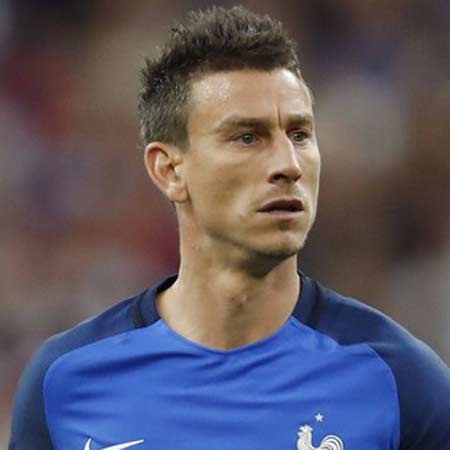 Laurent Koscielny is vice-captain of Arsenal team and has been a rock figure of Arsenal's backline since 2010/11 season. He has on the spot tackling abilities and despite being a defender has scored some of the vital goals for Arsenal over the years. Starting his career at Guingamp he spent his few years playing as right back. But due to his love to play as a center back he transferred to Tours. A stellar performance for Tours FC earned him a move to Arsenal and as they say, the rest is history.

He also featured for French national team in major tournaments such as Euro 2012 and FIFA world cup 2014. He was also in the defense line of French team of Euro 2016 that reached the final of the competition.

Laurent Koscielny was born on 10th September 1985 in Tulle, France to father Bernand Koscielny.  His parents were of Polish nationality. Koscielny played in various youth clubs before making move to Guingamp in 2003.

During his career at Guingamp, he usually played as a right back. He joined Tours FC in 2007 in order to play as a center back. He played 78 matches for Tours FC across two seasons scoring eight goals. During 2008/09 season he was included in Ligue 2 team of the season.

On 16 June 2009 Koscielny transferred to Lorient in a four-year contract in the reported fee of $2 Million. On 7th March 2010, Koscielny scored his first Leauge goal for Orient in a 1-1 draw against Marseille. He remained in the club for one year and scored three goals helping the team to finish in 7th place.

On July 2010 it was confirmed that Koscielny was transferred to English club Arsenal FC for a fee believed to be around $11 Million and was handed no.6 shirt. Koscielny made his debut for Arsenal against Barnet in pre-season friendly.

He made his league debut against Liverpool in a 1-1 draw. He scored his first goal for Arsenal on 11th September 2010 in a 4-1 win against Bolton Wanderers.  He ended his debut season with Arsenal, appearing for 43 games in all competitions. In 2011/12 season Koscielny scored his first Champions League goal against  AC Milan.

Koscielny scored one of the most important goals of his career in 2012/13 season in a match against Newcastle United which was a 1-0 win.  That win secured Arsenal's qualification in the Champions League finishing fourth in the table. He is currently playing the 8th season of his Arsenal career appearing in over 350 games for the Gunners and has scored 24 goals. He won two back to back FA cup with Arsenal in 2014 and 2015.

Though the game ended in defeat he was voted as the man of the match by French media. He made his first World cup appearance at Worldcup 2014 as a substitute replacing Mamadou Sakho in a 5-2 win against Switzerland. Koscielny scored his first goal for French National team in the International friendly against Scotland in 2016.

Koscielny has appeared 51 times for French National team and has scored one goal. He was also part of the French team that reached the final of Euros 2016.

The player was all set to feature his home country in this year's World Cup in Russia but sadly due to an Achilles injury, he suffered last Thursday he has been ruled out of the world cup.

Laurent Koscielny earns approximately $101,603 per week as a salary for Arsenal FC.  He also earns a fair amount of money with endorsement deals with Nike and Puma.

He owns a luxury mansion in London. His estimated net worth is to be around $12 Million. His car collection includes Citroen( $23,500) and Mercedes Benz.

Laurent Koscielny is married to his longtime girlfriend Claire Beaudoin. The couple was married in 2015. The nuptials was attended by a number of his teammates from France and Arsenal. However, the press was not allowed to take wedding pictures instead they were sold online for charity.  The couple has two children named Maina and Noah Koscielny.

Koscielny's father Bernand immigrated from Poland to France during the Hitler era.  His father also played football in the fourth division of French league and later became a manager. He has a 10 year older brother who also once played in the lower league of France.