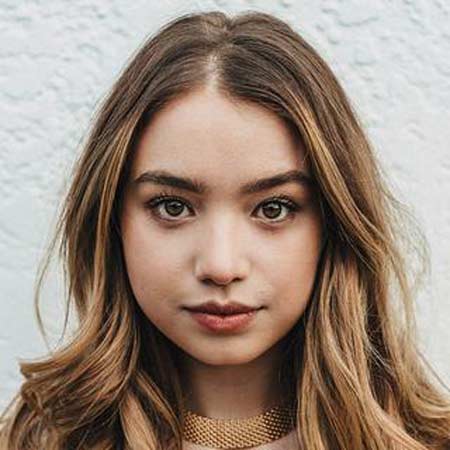 Emilija Baranac is a Canadian model and actress. She is well recognized for her role Midge Klump in The CW's drama series Riverdale. In 2018, she portrayed the character Genevieve in the movie based on Jenny Han's young romance novel To All the Boys I've Loved Before.

Baranac is also recognized for her appearance in television series and movies including, Supernatural, Beyond, Love You to Death, and Alien in the House.

Since 2017, she is portraying Midge Klump in The CW drama series Riverdale.

Emilija Baranac was born on 4th August 1994, in Vancouver, Briitish Columbia, Canada, under the birth sign Leo to mother Mira(Mikka) Baranac while the name of her father is missing. Her parents were Serbian immigrants. Due to the influence of her parents, she learned to speak the Serbian language.

She is a Leo which defines her personality to be intelligent, warm, bold, and courageous. She is of Caucasian ethnicity and holds Canadian nationality.

During her elementary school level, she feels shy to go to school as she couldn't speak English. Later on, her parents sent to acting classes to improve her language as well as to gain back her ruined self-esteem. And at a very early age, she found out that she was passionate about acting. And at the age of 9, she got her 1st acting agent.

During her University level she also took the class of psychology as she was interested in it since her high school days.

She grabbed huge attention after appearing in The CW's teen drama television series Riverdale based on the characters of Archie Comics. She plays the role Midge Klump; ex-girlfriend of Moose Mason played by Cody Kearsley in the second season of the show.  She shares the screen with KJ Apa, Camila Mendes, Lili Reinhart, Cole Sprouse, Ashleigh Murray, Luke Perry among others.

She will soon portray the character Genevieve in the film adaptation of romance novel To All the Boys I've Loved Before by Jenny Han.  Lana Condor, Janel Parrish, Noah Centineo, Israel Broussard are some of the lead actors of the movie.

Baranac's other movie credit include:

Emilija Baranac earns a good amount of money from her career as a model and actress. She has done endorsements for various brands and made her appearance in various movies and television series.

She makes a good amount of money from her appearance in the series Riverdale. Baranac earns around $50,000-100,000 per episode from the series. Baranac's total net worth is estimated to be in a million dollars, but the amount is still under review.

Emilija Baranac prefers to maintain a low key personal life. She has never openly talked about her dating life and boyfriend, but if we believe the sources, then she is currently in a relationship with a guy named Issey Lamb. Both of their official Instagram accounts are filled with each others' adorable snaps. The duo has not shared their engagement plan to date.

Though the rumored couple has not revealed anything about their relationship, their love and fond of each other are quite visible on social media.