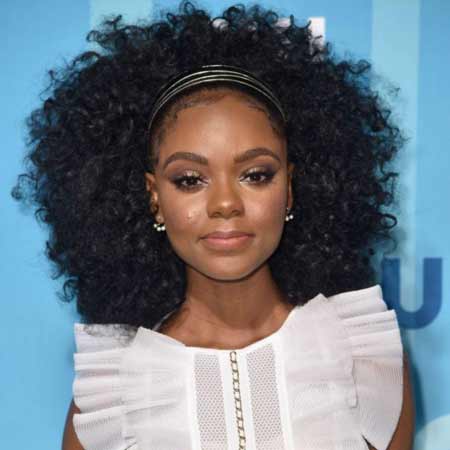 Ashleigh Monique Murray is an American singer and actress, well known for her appearance as Josie McCoy on The CW television series Riverdale.

Ashleigh Murray is also known for her portrayal in Deidra & Laney Rob a Train and in television series The Following. Murray is also one of the highest paid cast for the series Riverdale.

Ashleigh Murray was born on 18 January 1988 in Kansas City, Missouri, United States of America. Murray is of Afro-American ethnicity and holds American nationality.

During her early days, Murray also lived with her aunt in Oakland, California for more than 2 years. At the time, she also learned hip hop, jazz, and piano.

Ashleigh Murray began her acting career when she portrayed in the play Child of Movement during her days in Dramatic Arts. Murray made acting debut with a short movie Finding Harmony in 2007. Later she made her appearance as Simone in the movie New York in 2012.

In 2014, Murray featured in a movie Grind and in television series, The Following. In 2016, Ashleigh Murray made her regular appearance in the CW's teen drama Riverdale. She portrayed the character, Josie McCoy.

The following year, Murray featured and portrayed in the Netflix film Deidra & Laney Rob a Train. The movie was released on 17 March 2017, by Netflix.

The same year, it was announced that Murray joined the cast in MGM's musical remake of Valley Girl. She will be portraying the character Loryn.

Ashleigh Murray earns a decent amount of money from her varied career as actress and singer. She has made her appearance in various movie and television series till date.

Murray's recent work in Riverdale has earned a good amount of money. She gets over $400,000 per episode. Murray receives a high amount of money from Riverdale as she also sings for the series.

As of 2018, Murray's total net worth is estimated to be not less than $1 million.

Ashleigh Murray seems to be single currently. She wishes to keep her personal life away from the public. There is no news or rumors regarding her dating or boyfriend.

In 2017 May, Murray posted a picture of a guy who embraced her from behind, mentioning the guy as ''her favorite chicken nugget'', however, she has not talked anything regarding the post. She is yet to introduce anyone as a boyfriend.