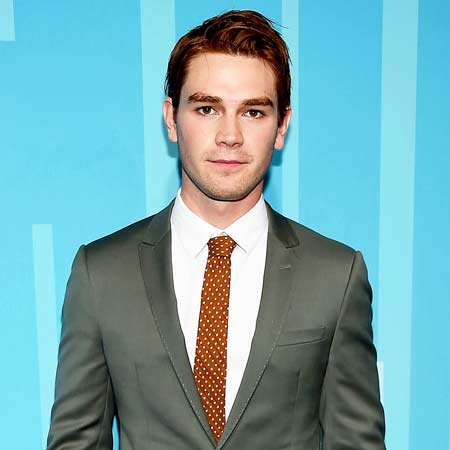 New Zealand based actor, KJ Apa is popularly known for his role Archie Andrews in the CW’s drama TV series, Riverdale. His performance in the series helped him earn few award nominations including Three Saturn Awards and a Teen Choice Awards. He made his TV debut in 2013 from Shortland Street as Kane Jenkins. In 2017, he made his movie debut from A Dog’s Purpose. The movie made an impressive collection at the box office.

KJ Apa was born Keneti James Fitzgerald Apa on 17th June 1997 in Auckland, New Zealand under the birth sign Gemini. He is a New Zealander by nationality and belongs to Mixed ethnicity (Scottish, English and Samoan ancestry).

Apa is the son of Keneti (a chief) and Tessa Apa. His parents raised him with his older sisters, Arrieta and Timena Apa. He graduated from King’s College.

At the age of 14, he released his first solo guitar album, The Third Room.

KJ Apa made his movie debut in 2017 from comedy-drama film, A Dog’s Purpose directed by Lasse Hallstrom. As of 2018, he is working in an upcoming movies, Altra Rock and The Hate U Give starring Amandla Stenberg, Sabrina Carpenter, Regina Hall and Algee Smith.

Since 2017, Apa is working at the teen drama TV series, Riverdale. He rose to stardom after appearing on the show. He shared the screen with Camila Mendes, Lili Reinhart, Cole Sprouse and Luke Perry.

His performance in the series helped him to win Saturn Awards in 2017. Moreover, he has been nominated for several awards like Saturn Awards, and Teen Choice Awards.

As per celebrity net worth, KJ Apa has an estimated net worth of $3 million. His 2017’s movie, A Dog’s Purpose collected $196.4 million at the box office which was made under the budget of $22million. The movie was rated 6.9 stars out of 10. He starred in the movie with Dennis Quaid, Josh Gad, Britt Robertson, and Peggy Lipton.

Similarly, Apa earns the salary of $600k per episode from the TV series, Riverdale.

Riverdale actor, KJ Apa is unmarried. Apa is more concerned about his career and is working hard on being one of the successful actors. As of 2018, he is busy with a hand full of projects with no spare time to get involved in any serious relationship. So, we can assume that he might be single.

In September 2017, he faced a minor car accident in Vancouver but was not injured. As per the report, the accident was the result of him falling asleep after a long shot the previous night.

His hobbies are singing, playing guitar and traveling. He also loves to spend his spare time in the gym.

Here is the video, which shows the ten facts about KJ Apa: