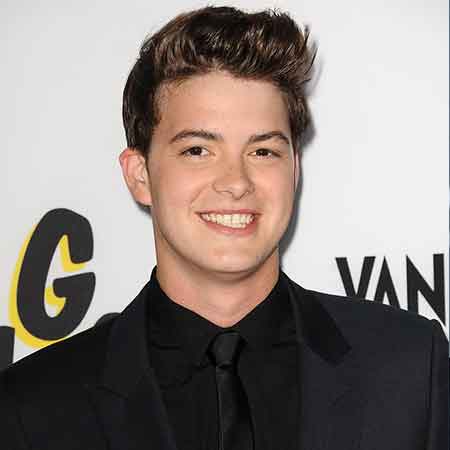 Isaiah Israel Broussard is an American actor who made his acting debut in 2010 in the comedy-drama Flipped and has appeared in many popular movies and television series since then. He, however, is popular for his role, Josh Sanderson in the Netflix's teen romance film, To All the Boys I've Loved Before. Some of his other notable works include The Bling Ring (2013), the drama Perfect High (2015), the thriller H8RZ (2015), the comedy Good Kids (2016) and Happy Death Day (2017).

Isaiah  Broussard was born Isaiah Israel Broussard on 22 August 1994 in Gulfport, Mississippi, U.S. He is the son of Angela (nee Clapp) Mary Kay a cosmetics consultant and the late Lawrence Clayton Adams, who pa s sed away when Broussard was four.

He was raised in Saucier, Mississippi by his mother and stepfather Gil Broussard who is a computer programmer. His stepfather later adopted him and his elder sister Aubrey. He has one younger half-brother named Keller.

He debuted in the entertainment industry in the small roles as Garrett Einbinder in the comedy-drama Flipped (2010) as Josh and in the comedy movie The Chaperone (2011) before appearing in the role of Marc Hall in Sofia Coppola's crime film The Bling Ring (2013). The movie helped him to gain recognition among people.

He then appeared as Carson Taft in the Lifetime television series Perfect High (2015) and Fear the Walking Dead (2016). His appearance in other movies includes Jack of the Red Hearts, Good Kids, Say You Will, Happy Death Day. His recent movies are Extinction and To All the Boys I've Loved Before which were released in 2018 and worked with stars like Noah Centineo, Lana Condor, Janel Parrish, King Bach, Michael Peña, Lizzy Caplan, Mike Colter, and Amelia Crouch.

An American actor Israel Broussard earns a decent amount of money from his career. However, his net worth is not estimated but it is obvious that he has acc u mulated an impressive income.

His 2017 film Happy Death Day made a collection of $122.6 million against its budget $4.8 million. Furthermore, he collected some ma s sive amount of salary from his appearances in the movies like The Bling Ring, Jack of the Red Hearts, Extinction and To All the Boys I've Loved Before.

As of 2018, Israel Broussard is in a romantic relationship with Life in Pieces star Keana Marie. She is also an Instagram celebrity where she has more than 160K followers as of September 2018. The couple is probably dating for a few years now and the couple looks very much in love.

On August 21, 2018, days after the release of the Netflix film To All the Boys I've Loved Before, Broussard made an anti-Black Lives Matter statements and racist posts on his Twitter account and people highly criticised his comment.

"Dogs can sense earthquakes. Too bad Japan ate them all."

Moreover, Israel liked the Sandy Hook conspiracy theory, anti-Muslim and pro-Second Amendment tweets. He was called racist and problematic for his tweets and likes. He later apologized via Twitter, stating:

"I am dedicated to becoming a more informed and educated version of myself."

Check Out his video with his co-actor Jessica Rothe talking about their movie Happy Death Day.