Elvis Alive? Fans Still Think The King Faked His Death-Find Out Why? 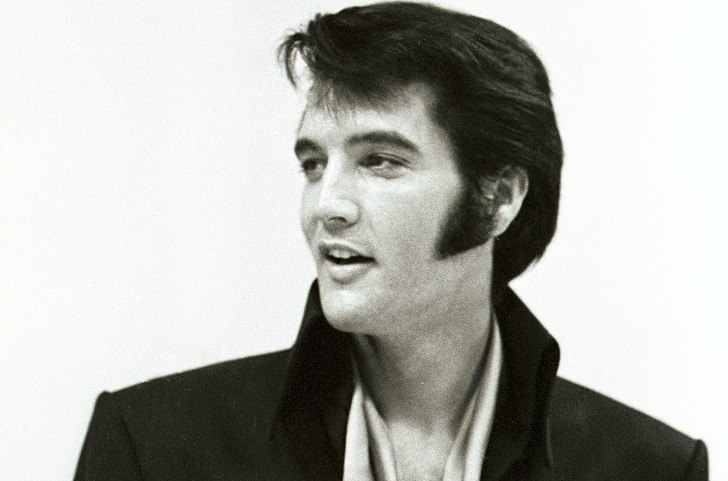 The King of Rock and Roll, Elvis Aron Presley died about 4 decades ago???

Though official records show him to be dead due to a heart attack on 16 August 1977, Presleyterians admit that the King faked his own death so that he could enjoy his life free of fame and popularity.

Moreover, there have been many sightings of him. Here are few theories where Elvis was spotted till present, from right after his death day...

After the short time of Elvis' death, it was reported that a look-alike of Elvis was seen purchasing a one-way ticket to Buenos Aires, Argentina at Memphis airport. The man gave his name as "Jon Burrows". The name was an alias name of Elvis when he was booking the hotel room.

The Gravestone Misspelling On His Tomb

Elvis was named after his father, Vernon Elvis Presley and his friend, Aaron Kennedy. Though the name was Aaron, he chose Aron as it was similar to his identical twin, Jesse Garon Presley. 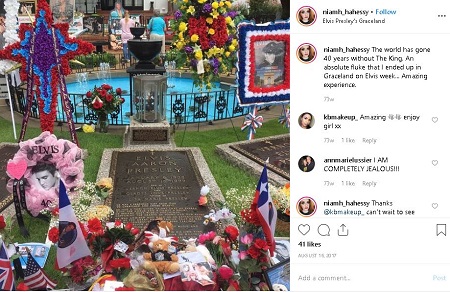 CAPTION: The gravestone misspelling on his tomb SOURCE: Instagram

But on his tomb, it curiously read as "Elvis Aaron Presley". Many believe that Elvis didn't really die. It also spread a theory that Elvis changed his middle name to "Aaron" to reflect the biblical meaning of it- a prophet.

In 1990 movie, Home Alone, 13 years after the death of The King, he was seen making an appearance on the airport scene. As Kate checks the availability of flight, a bearded man is seen on the background.

This cameo evidence speaks for itself as you can see Elvis Presley alive and live.

Elvis At His 82nd Birthday Party

Are you seeing that white beard man who is the only suspicious character in the photo? Fans think that he is none other than the King himself in disguise. The image was taken at star's Memphis estate, Graceland, in the celebration of Elvis' 82nd birthday.

If the man at his 80s in the picture isn't Elvis then why is he wearing sunglasses during snowfall? Moreover, why are all those well build bodyguards hanging around that old man?

Well, No one knows. But many Presleyterians are there to find out the truth.

As per another theory, "The Fraternity", a criminal organization was going to kill Elvis, so the FBI helped him fake his death and go undercover. An unknown based best-selling book, Is Elvis Alive by Gail Brewer-Giorgio.

In an interview with TIME Magazine Brewer Giorgio said:

Discover How successful is Lisa Marie Presley in her musical career as a singer and songwriter?

In the interview she said

“It’s exactly what he said the other day”

And immediately correcting herself by saying, "you said" to the talk show interviewer.

For ages, many people thought Elvis himself as the reason for his death. He was a drug addict. He had serious head injurious. But later in 2014, it was found out that the main reason for his death was his genetic problem. On the Channel 4 show, Dead Famous DNA, Elvis' hair was tested and found that he was suffering from genetic heart muscle disease hypertrophic cardiomyopathy.

Though the DNA or the hair lock is not confirmed to be sure of the King. The show presenter Mark Evans said,

Nobody knows what is the real truth, but the one thing which no one can deny is we all miss Elvis. He will always be the King of Rock and Roll, America has ever seen.

Don't Miss: From Kylie Jenner's Lips To Kim Kardashian's Hairline, Here Is The List Of Most Notable Plastic Surgeries Of Kardashian-Jenner Clan