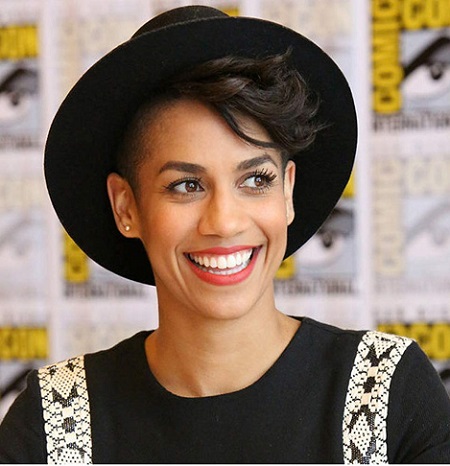 Dominique Tipper is a British actress and singer. She gained widespread fame following her portrayal of Naomi Nagata in the acclaimed TV series The Expanse. Her popularity gained further attention when the actress bagged the role in the megahit movie Fantastic Beasts and Where to Find Them. Her other notable works are Vampire Academy, Death in Paradise, and more.

Dominique Tipper was born on 24th June 1988, in London, England. She spent most of her early childhood days in her hometown Limehouse, in East London.

Tipper took acting lessons at the O'Farrell Stage and Theatre School. At that time, she also performed in a variety of shows at the Hackney Empire.

She is a British as per her nationality and holds a mixed ethnical background as she is of half-English and half-Dominican descent. She belongs to the working-cla s s family.

She Is a Singer And an Actress

Dominique Tipper is known for her stage name Miss Tipper. She won a vocal competition at the age of 14 and later went on to become a part of the girl group Brazen Angels. After four years of a s sociation with the musical group, she left the band in order to pursue a career as a solo singer and released her promotional single Superstar.

On the other hand, Tipper also has built a successful career in the entertainment world. She landed her first professional role in a 2008 drama Adulthood. In the year 2012, the actress went on to play Sarah in Fast Girls. 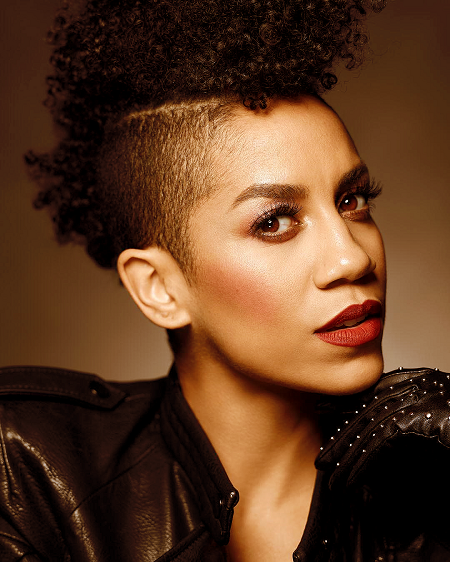 A year after, Dominique portrayed Maz Shipley in the British-French crime drama television series, Death in Paradise. Furthermore, she worked in a fiction film MindGamers in 2015.

The actress gained huge popularity when she took the role of Naomi Nagata in Amazon Prime's critically-acclaimed TV series The Expanse. She has been appearing on the show along with Thomas Jane, Steven Strait, and Cas Anvar since 2018.

Tipper gained further fame after her work in the highly anticipated 2016 film Fantastic Beasts and Where to Find Them. The same year, she starred in The Girl with All the Gifts.

How Much Her Net Worth?

Dominique Tipper has made a considerable fortune from her multiple professions like acting, dancing, and singing. Though the exact amount of her net worth is yet to be revealed, as per some authorized sources, it is believed to be $1 million.

In 2016, Tipper was cast in a blockbuster movie Fantastic Beasts and Where to Find Them which became the biggest hit at the box office racking up $814 million worldwide. She appeared in the film alongside Eddie Redmayne, Katherine Waterston, and Dan Fogler.

As of 2020, Dominique Tipper is not involved in any kind of relationship. She has clandestine the information regarding her love life and boyfriend.

As of now, Tipper seems utterly focuses on her career.