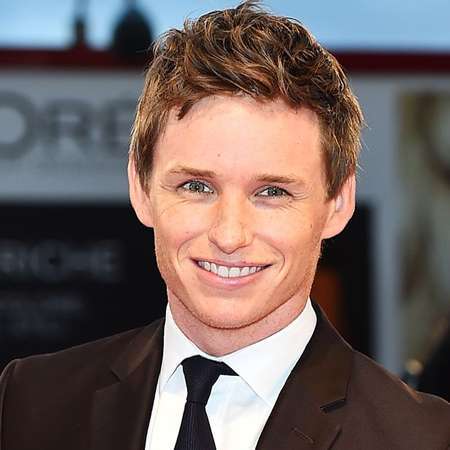 Eddie was born as Edward John David ‘Eddie’ Redmayne on 6th January 1982 in Westminster, London to Patricia who works in a relocation business and Richard Redmayne who is a businessman in corporate finance. Redmayne spent most of his childhood days with his older brother, younger brother and an older half brother and half sister. Eddie comes from English, Irish, Scottish as well as a Welsh ancestry. He holds an English nationality.

Eddie went to Colet Court and then Eton College. He then attended Trinity College, Cambridge to study History of Art and graduated in 2003. Eddie first began working as a model for Blueberry. He went on to take up a full time acting career. Eddie got his first film role in 2006 as Alex Forbes in Like Minds. Since then he has been seen in many movies like Elizabeth: The Golden Age as Anthony Babington, The Other Boleyn Girl as Sir William Stafford, My Week with Marilyn as Colin Clark, Les Misérables as Marius Pontmercy, The Theory of Everything as Stephen Hawking, The Danish Girl as Einar Wegener/Lili Eibe, Thomas & friends: Sodor’s Legend of the Lost Treasure and many more. He will soon be seen in Fantastic Beasts and Where to Find Them. His most significant television role was Tess of the d’Urbervilles, The Pillars of the Earth to name a few. Eddie for his hard work has earned a dozen of awards including Academy Award, BAFTA Award, Golden Globe Award, SAG Award and more.

Eddie first began dating actress Carey Mulligan in 2011. The couple were seen many times in public but their relationship did not last very long as they split up soon. There were then rumors that Eddie was having an affair with the famous singer, Taylor Swift. The rumor stopped suddenly in 2012. He met spouse Hannah Bagshawe in 2012. The couple was seen many times in the public and the paparazzi followed them almost everywhere. Eddie was seen many times in a vacation with girlfriend Hannah. The couple decided to tie the knot and have children so they soon in 15th December 2014, they got married. Hannah is a public relations executive in the finance industry. They announced in January of 2016 that they were expecting their first child.

Eddie stands tall at the height of 5 feet 11 inches and has a masculine figure which grabs the attention of many of his audience. His net worth is estimated to be a total of $4 million which shows his huge salary. Eddie is a well established actor who is garnering success with his each move. The bio about the very talented Eddie Redmayne can be found in various social media sites like the Wikipedia, IMDb and twitter.