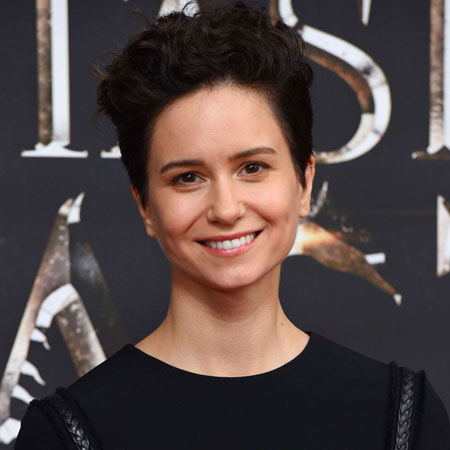 Film Independent Spirit Award-winning British born American actress, Katherine Waterston made her breakthrough playing the character Shasta Fay Hepworth in neo-noir comedy-drama film, Inherent Vice. Waterston made her Hollywood debut in 2007 from the movie, Michael Clayton which made an amazing collection at the box office.

Her popular movies include Steve Jobs, Fantastic Beasts and Where to Find Them, Alien: Covenant and The Disappearance of Elanor Rigby: Her. As of 2018, she is working in the movies, State Like Sleep, Fluidic, Mid-90s and Fantastic Beasts: The Crimes of Grindelwald. In 2012, Waterston appeared as a recurring character in her first TV series, Boardwalk Empire.

Katherine Waterston was born Katherine Boyer Waterston on 3rd March 1980 in Westminster, London under the birth sign Pisces. Waterston is American by nationality and belongs to white ethnicity.

Waterston is the daughter of former American model Lynn Louisa and Oscar-nominated actor, Sam Waterston. She has a sister Elisabeth Waterston, a brother James Waterston and a half-brother, Graham Waterston.

In 1998, Waterston attended the Loomis Chaffee School. Later, she graduated with a BFA degree in acting from Tish School of the Arts at New York University.

Katherine Waterston at the initial phase of her career appeared in several theater plays. Waterston made her debut in 2008 from the play, Kindness. Her other theater venture includes Bachelorette, Dreams of Flying Dreams of Falling and The Cherry Orchard.

In 2007, Waterston made her Hollywood debut in legal thriller film, Michael Clayton directed by Tony Gilroy. The same year, she worked in the independent drama film, The Babysitters with Bella Throne, Samara Weaving, Robbie Amell and Judah Lewis.

She then worked in several movies including Almost in Love, The Letter, The Factory, Night Moves, The Disappearance of Elanor Rigby: Her, Are You Joking?, Glass Chin, Sleeping with Other People, Queen of Earth, Logan Lucky and The Current War.

In 2013, she appeared in the movie, The Disappearance of Eleanor: Her with Jessica Chastain, James McAvoy, Aiola David, and Isabelle Huppert. Her role in the movies was highly appreciated by critics and fans.

Waterston is also popular for her roles in Robert & Frank, Being Flynn, Inherent Vince, Steve Jobs and Harry Potter spin-off, Fantastic Beasts and Where Find Them.

As of 2018, she is working in the movies like- State Like Sleep, Fluidic,  Mid-90s and Fantastic Beasts: The Crime of Grindelwald. 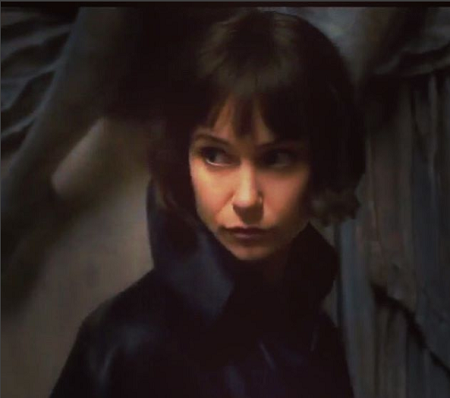 CAPTION: Katherine is one of the scenes of the movie, Fantastic Beasts: The Crimes of Grindelwald. SOURCE: Instagram

Katherine Waterston has an estimated net worth of $1 million. Waterston appeared in several hit movies that made an impressive collection at the box office.

The reel-life wife of famous actor, Michael Fassbender, Katherine Waterston is single in the real-life. Waterston is more focused on her career at the moment.

Waterston is close to many A-list celebrities of Hollywood like Reese Witherspoon, Owen Wilson, and Joaquin Phoenix. She is the sister in law of actor, Louis Cancelmi.

Waterston has an extra lumbar vertebra which is also called a spinal anomaly.

Despite being the daughter of Oscar-nominated actor and the lead cast of Law & Order, she could not get a role on the same TV series which she revealed in an interview with Jimmy Fallon.

Here is the video, where she talks that her dad couldn't help her to get the role on Law & Order: