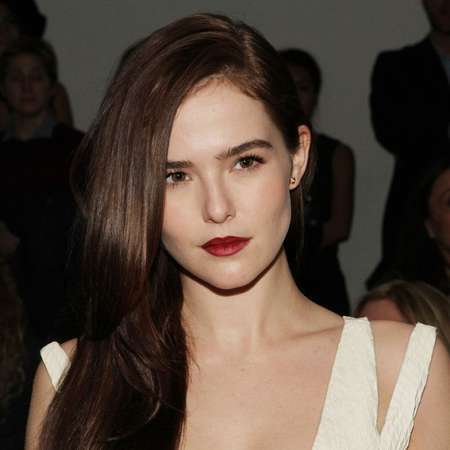 Zoey Deutch is an American actress, born on November 10, 1994, in Los Angeles, California, US. Her mother is an actress, Lea Thompson while her father is Howard Deutch, a film director. She is the younger sister of Madelyn Deutch, she is also an actress. Zoey is raised in the Jewish family and also had a “bat mitzvah.” (Hebrew word, meaning Daughter of commandment) She is widely known, for taking the roles of Juliet Martin in the movie series “Ringer”, Maya Bennett on “The Suite Life on Deck”, and Rose Hathaway in Vampire Academy(2014).

She grew up in Los Angeles and joined Oakwood School. Later, she studied Arts in Los Angeles Couty High School, majoring in theater. She kicks start her career in acting by appearing in the Disney Channel Series, The Suite Life on Deck in 2010. Later, in 2011-2012 she took the role of a 17 years old, Juliet Martin in The CW series Ringer. She also appeared in the episode of Naval Criminal Investigative Service (NCIS)series “One Last Score” in 2011.

Zoey also appeared in “The Amazing Spider-Man” taking the small role as gossip girl in the bathroom who is harass by the lizard. Her scene was cut in theater, although, it is available on DVD. She appeared in the Episode of Criminal Minds: Suspect Behavior series entitled “The Girl In The Blue Mask”. She was also in the Marc Cherry's film “Hallelujah”. She has also done an acting with her Mother Lea Thompson and her sister Madelyn Deutch in the Movie “Mayor Cupcake” taking the role as in real life.

In 2013, she appeared as the supporting character in “Beautiful Creatures”, a film about fantasy, romance, and drama. In 2014, in the month of January, she was booked to take the opposite role of Tyson Ritter in the movie “Midnight Rider”, a biographical movie of Gregg Allman.

She co-star in “Everybody Want Some” a film by Richard Linklater, the film is about a bunch of college student, living free and responsibilities of adulthood. The film was released by Paramount in 2016 in the month of April.

Deutch has been booked for the upcoming movie “Why Him”, which will be premiered on the 25th of December. Zoey will also appear in Danny Strong's film “Rebel in the Rye”. The film is based on true events. She co-stars in the film “Vincent N Roxxy” as the opposite of Emile Hirsch, Zoe Kravitz, and Emory Cohen. In addition, she played the opposite of Rober De Niro in the comedic movie "Dirty Grandpa”

Apart from acting, let's change the topic to her personal life. This dynamic, variously talented, charismatic and hot actress is regularly hitting the gym to make her sexy body to a lot sexier and fit to work with famous actors and filmmakers.

This beautiful actress is currently dating an actor  named Avan Jogia. She previously dated Danila Kozlovsky, which she co-star in the film Vampire Academy. It has been rumored that he had a relation with Josh Hutcherson, however, the affair was never confirmed. Zoey and Avan Jogia dated since September 2011.

They are spotted several times kissing in the public. It seems that they are sharing a good chemistry, as they have been together for almost five years. This seductive actress photos with a bikini are available on several websites.The beautiful actress holds white ethnicity and her zodiac sign is Scorpio. There are no doubts that her nationality is American. She loves dancing and learned hip-hop, tap, ballet and modern dance, among others.

Zoey is active in several charities. Some of them are Corazon De Vida Orphanage, The Alzheimer’s Association, and Race To Erase MS.

She is 5 feet 4 inches in height, her body is built slim and weigh around 53 kilograms (117 pounds). Zoey net worth is $3 million and received a lucrative salary.

She has millions of followers or fans on social media such as twitter, Instagram and so on. Zoey Deutch bio is available on the wiki and several websites.