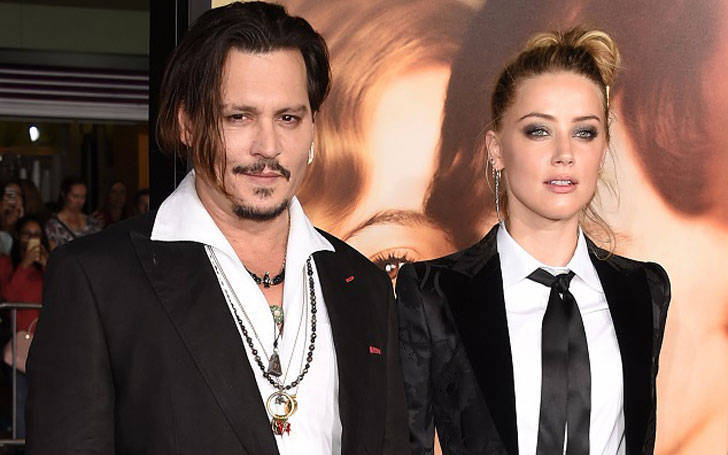 17-year-old Lily-Rose Depp is a daughter of Johnny Depp and Vanessa Paradis. She is a French-American actress as well as the model. Lily-Rose has attended the Chanel and Paris-Salzburg 2014/15 Metiers d'Art Collection fashion show inside the Park Avenue Armory in New York City.

Lily-Rose father, Johnny Depp was first married to Lori Anne Allison in December 1983 and split in 1985. During the time Lori was at the tender age of 20. Make-up artist, Lori Anne Alison is the first wife of Johhny Depp. Lori Anne introduced Johnny to fellow actor Nicolas Cage. It led to him landing his first big role in ‘Nightmare on Elm Street'.

In January 2014, Amber Heard announced the news of getting engaged with Johnny. Johnny and Amber wedded in February 2015.  Amber and Johnny first met on the set of the Rum Diary and began dating in 2012. After 15 months of marriage, Amber Heard filed for divorce from Johhny on 23 May 2016. There was also the rumor that Depp was blackmailed by her after the divorce.

The "Tusk" star Lily-Rose Depp is a daughter of Vanessa Paradis and Johnny Depp. She is a French superstar in both the world of music and film. Johhny Depp is one of the most versatile actors at present in Hollywood.

Johnny started dating Vanessa from the year 1998. Johnny Depp, 54 and Vanessa Paradis have two kids together, Lily-Rose and Jack John Christopher. After fourteen years, the couple separated in the year 2012.

Lily-Rose Depp began her acting career with a cameo role in "Tusk" with Harley Quinn Smith. The role was written by Kevin Smith. The movie premiered at the Toronto International Film Festival in September 2014.

In April 2015,  Lily posed for a photo-shoot in the Australian magazine Oyster along with Dana Boulos and Maggie Silverman. She became Chanel ambassador in September and modeled for the brand's eyewear line.

Depp appeared with Irish rapper Rejjie Snow in his video for "All Around the World". In the year 2016, Lily-Rose landed the cover of Vogue U.K.'s December issue.

Lily and Natalie Portman featured in Rebecca Zlotowski’s Planetarium.  The film premiered at the Venice Film Festival in September. She appeared on the front cover of British Vogue in their December issue.

She featured for Chanel's beauty line and is set to reprise her Tusk and Yoga Hosers role in Moose Jaws.

Lily-Rose is in a relationship with British model plus actor Ash Stymest since July 2016. 24-year-old Ash Stymest has already married and divorced and has the 4-year-old daughter. They were also spotted together holding hands in public.

I don't always lick my wife.. But when I do I lick her sunglasses. #mailledoyle #ashstymest

Lily-Rose must be enjoying her sweet sixteen. Lily-Rose’s father, Johnny is not happy about her affair. Johnny also revealed, Lily is still a child. About this matter, Johnny blamed his ex-wife, Vanessa, for being too permissive.

He and Lily had an argument about her new relationship. Lily-Rose and Ash Stymest were seen doing shopping in Beverly Hills, California in November 2016.

The pair has been enjoying some quality time together in LA. They were most recently spotted grabbing lunch together at Pinches Tacos. Lily and Ash Stymest sparked dating rumors back in March and spotted together in Paris.  On October 2016, they go shopping at the Sportie LA store. They were leaving with a few bags after picking up some lunch at Chick-Fil-A.