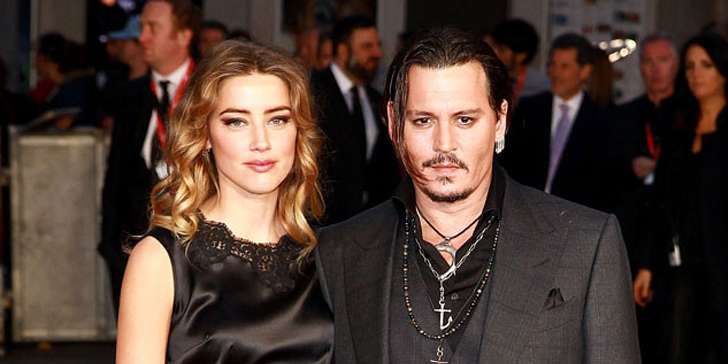 Hollywood’s one of the sexiest couples Johnny Depp and Amber Heard are no longer together. They have already separated from each other yet their fans still miss them and want them together. Heard and Depp first met on the set of the movie “The Rum Dairy”, where they played each other’s love interests. However, they only began dating after several years of the film being made.

After Johnny got a divorce with his first wife actress Vanessa Paradis, the actor began seeing Heard. It was even reported that one of Johnny’s gesture for his new girl during the early stages of their budding relation was buying a horse and he did it so that Amber could ride with him while he filmed The Lone Ranger. That was a romantic thing to do to impress his ladylove.

Depp and Heard having an affair with each other was big and happy news for all their fans. On January 2014, the pair shared the news of getting engaged with each other. Finally, on February 2015, Depp and Heard made it official with a ceremony on Johnny’s private island in the Bahamas. However, their married life didn’t become what they expected it to be.

The on and off relationship of Amber and Johnny came to a head on May 27, 2016, when the 30-year-old actress walked into a Los Angeles courthouse with a black eye and filed for a temporary restraining order against her husband Johnny, stating that he had been both physically and verbally abusive to her throughout the entirety of their relationship. Later on, she also filed for divorce, citing irreconcilable differences.

‘She was in my head’: Johnny Depp reveals how he realised he’d fallen for Amber Heard after… https://t.co/6KPGjgQORR pic.twitter.com/rVzA0tho85

Talking about the current news of the former pair, both of them are busy in their respective work. Depp is busy doing his movies and apparently, being proud of his daughter Lily-Rose Depp, who has just announced as the new face of Channel No.5. Likewise, the gorgeous actress is also busy post-split, taking a time for herself amid filming her role as Mera in London for the movie The Justice League Part One.