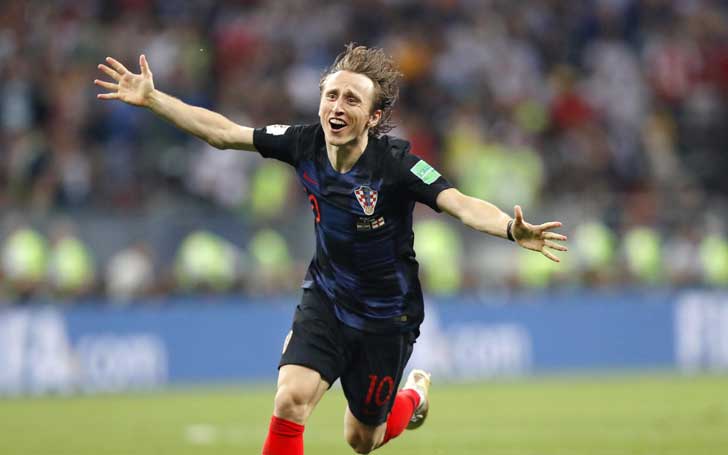 Croatian midfielder Luca Modric has won the FIFA Best Player of the Year award ahead of former clubmate Cristiano Ronaldo and Egyptian Mohamed Salah. The 33-year-old Real Madrid star was crowned the award at a ceremony held in London on Monday, 24th September.

This is the first time the award has been given to someone other than Cristiano Ronaldo or Lionel Messi since the Portuguese star won his first award back in 2008. 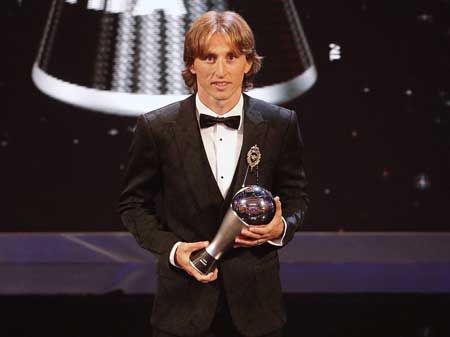 The Croatia and Real Madrid central midfielder played a vital role in winning the Champions League for Real Madrid, which was their hat-trick in UCL, and lead his national team to the 2018 World Cup final. Croatia lost the World Cup trophy to France by 4-2 in the final.

"It's a great honor and a beautiful feeling to stand here with this amazing trophy," said Modric after receiving the trophy. He further said,

Modric was called The Best FIFA Men's Player who got 29 percent of the total votes, coming ahead of Cristiano Ronaldo, 19 percent where Liverpool forward Mohamed Salah finished third with 11.2 percent vote. French Kylian Mbappe came fourth with 10 percent vote and the Barcelona captain Messi finished in fifth place with a total 9 percent vote. English captain Harry Kane was ranked 10th in the voting. 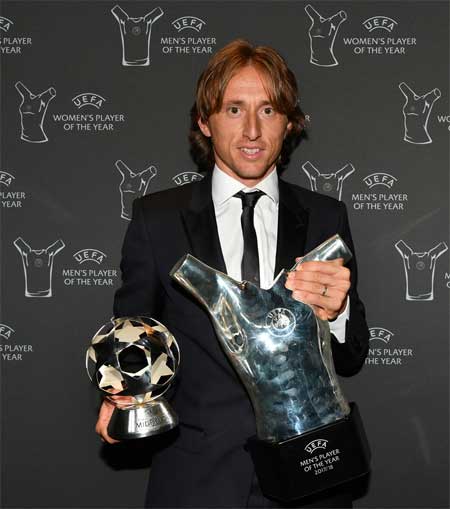 Modric was considered the strongest contender of the award after he won the best player in World Cup 2018 and won the UEFA's player of the year last month.

Mo Salah was awarded the Puskas award for the year's best goal, his goal against Everton in December. French coach Didier Deschamps was named the Best Coach of the Year at the Royal Festival Hall. After being honored with the best coach award, Deschamps said:

We all know that being a coach, alone we can't do anything. We are nothing without our players and I want to thank my whole team who worked to get me here and get me this trophy tonight.

Meanwhile, Brazilian footballer Marta was named the FIFA Women's Player of the Year. This was her sixth trophy but first since 2010. The 32-year-old footballer currently plays for the Orlando Pride in the National Women's Soccer League.