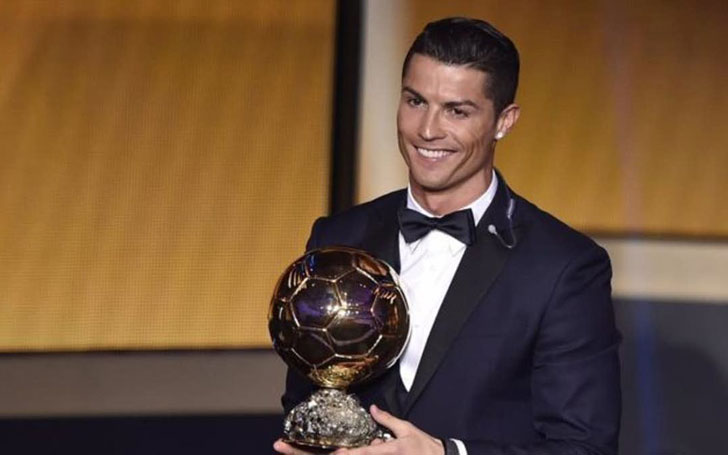 Ronaldo, 32, collected the prestigious award from the France Football in the ceremony organized on the foot of the Eiffel Tower, where he beat arch-rivals Messi and Neymar in votes.

Cristiano Ronaldo had a brief chat with the former English footballer Gary Linker where he spoke about his current form and also admitted he would be playing on this top level for few more years and he would also like to continue his rivalry with the Argentine footballer Messi. He said,

I feel very happy, it’s a fantastic moment in my career, I’ve been waiting for this for a long time

After Ronaldo has announced the winner of the Ballon d'Or this year, the Brazilian football legend Pele congratulated him in a tweet.

Meanwhile, Ronaldo's former teammate Rio Ferdinand also took to his Twitter on expressing his happiness and congratulating him.

This year has been super-special for Ronaldo as he has already collected the Fifa Player of the Year award. Moreover, he has also welcomed three children in this single year, where he welcomed twins, a son and a daughter through surrogacy, and a daughter with his current girlfriend Georgina Rodriguez.