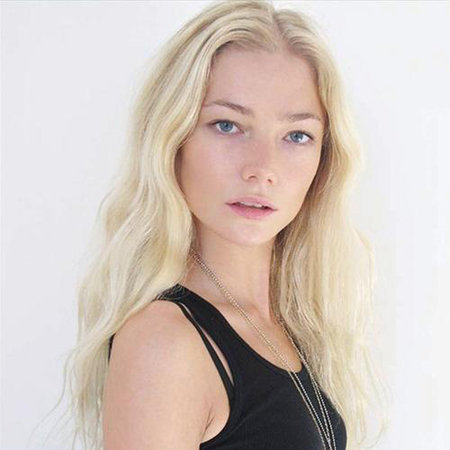 Clara Paget is the beautiful and bold British model and actress who is best known for her performances in the movies Fast & Furious 6, St Trinian’s 2: The Legend of Fritton’s Gold and in the series Little Crackers and Black Sails. Clara has been the new one in the acting arena and has been modeling for quite a few years. She is a struggling celebrity and is trying to establish herself in the industry, and she is doing so by learning and improving and polishing her skills.

Clara Paget was born as Lady Clara Elizabeth Iris Paget on 12th September 1988 in the United Kingdom under the birth sign Virgo. Paget is British by nationality, and as far as her ethnicity is concerned, she is Caucasian.

Paget is the daughter of parents, Charles Paget, 8th Marquess of Anglesey and Georgeanne Elliot Downes. Clara’s parents are also not from the glamour world as her father is an artist whereas her mother is a writer.  Moreover, she attended school in her hometown. During her tender age, she had not dreamt of becoming an actress. Initially, she started modeling after being spotted by a talent scout at a costume party.

Clara Paget had her career initiation after being spotted in a costume party by a talent scout. She was then approached and was offered a role which she had accepted. Afterward, she did not have to look back but struggle more to establish herself in the industry. After she landed in acting, she began to get the photo shoots from different magazines and brands.

Paget started her acting career in 2009 as Bella in the adventure comedy film, StTrinian's 2: The Legend of Fritton's Gold. The movie starred Rupert Everett, David Tennant, and Colin Firth.

Two years later, she made her television debut as Charlotte Cameron in an episode of  ITV's British TV detective drama, Midsomer Murders where she worked with John Nettles and Daniel Casey.

Some of her famous movies include Johnny English Reborn and Fast & Furious 6. From 2014 to 2017, she worked as Anne Bonny, an Irish pirate in the historical adventure television series, Black Sails. The series starred Toby Stephens, Hannah New, and Luke Arnold.

In the year 2019, Paget was a cast in Strike Back: Revolution and House Red.

Clara Paget's Net Worth And Major Source Of Income

Clara Paget' net worth of not less than $1 million, but, the amount is still under review. Paget earns an impressive amount from her movies and television series. The actress has played the role in many box office hit movies. Here, is the list of her movies that made an amazing box office collection:

According to some online sources, a television star makes an average salary that ranges from $150k to $1 million. Besides, she also makes a good amount from her online clothing store, villoid.com.

The talented actress and model Clara Paget is undoubtedly a beautiful one with the fragrance of youth and charisma of her own. She is very charming and looks fabulous in any kind of wear she wears.

It seems she does not want to flash about her boyfriend and her relationship status in the media to avoid the possible rumors that generally hovers around all the celebrities.

Paget has posted several pictures with a guy named, Oscar Tuttiett. On 15th May 2016, she posted a picture where she disclosed that she had spent six years with the guy.

6 years with this monkey #matchday @oscartuttiett

Due to these posts, Oscar was rumored to be her boyfriend. The couple, however, has not revealed anything regarding their relationship.

Clara is struggling and working hard to get on the ladder of stardom. She wants to establish herself and get recognized worldwide as she is an emerging celebrity. She has just stepped into the industry, and she has lots of things to learn grow and move further.

Clara has a bright future waiting ahead of her. She has not received any awards yet but has received praised for her role as Anne Bonny in the fictionalized representation of the historical female pirate. The positive critics and huge appreciations show that she will be grabbing one at any time in soon future.

Paget is active on social networking sites. She can be followed on Twitter and Facebook, and her fans can get updated with her recent activities and updates. As of 2018, her Instagram account has over 82k followers.