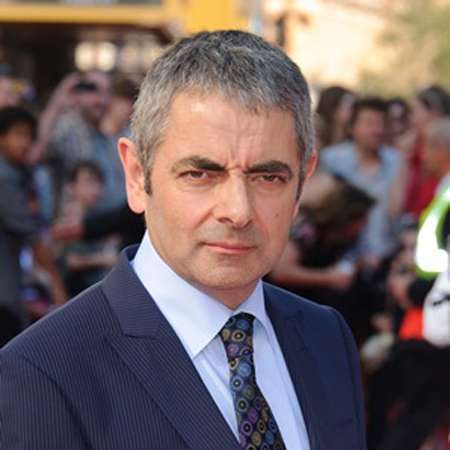 Rowan Sebastian Atkinson is a comedian, actor and screenwriter known better as Mr. Bean by his fans around the world. This versatile personality, who has been known for his sitcoms like Mr. Bean and Blackadder, has been active on the acting fraternity since 1978 and was born on the 6th of January, 1955 according to his bio. His parents are named Eric Atkinson and Ella May.

Rowan was born in Consett, County Durham and was enrolled in the Durham Choristers School and St. Bees Scholl for his primary education; he obtained a degree in Electrical engineering from the Newcastle University and also obtained a master’s degree in the same form The Queen’s College, Oxford. He was interested in comedy and sketch and began his career by writing sketch comedies. He came to prominence particularly after writing the comedies in the sketch comedy show Not the Nine O’ clock News. After this, he participated in The Secret Policeman’s Ball and in the sitcom The Thin Blue Line. The most well-known roles of this comedian have been the role of Mr. Bean in the sitcom Mr. Bean. This role has made him hugely popular all across the world and he has been better known by this named by his fans all around.

Another one of his famous sitcoms includes acting in Blackadder. Rowan has been known to be one of the 50 funniest actors in British comedy by The Observer and also as one of the top 50 comedians ever. The movie adaptations of Mr. Bean have been hugely popular too.

The famous Rowan has also been talked about for his affair with actress Louise who is 28 years his junior. She is a RADA graduate and she starred in the Quartermaine’s Terms as the Wyndham Theatre. They have been known to be dating since 2015 after meeting on the sets of a West End Play, and the relationship of this couple is getting along pretty well. Rowan has two children with his previous wife. His former spouse is named Sunetra Sastry and the couple met when she was working as a make-up artist in the Blackadder series, where he starred. They got married on 1990 and had been together up to 2014 when they went through a divorce. The children of the couple are named Lily and Benjamin. Rowan has been known to be devoted to his present girlfriend and there have been no rumors about any problems between them.

Rowan has also managed to bag up a net worth of a whopping 130 million dollars for his credits on the acting fraternity and certainly earns a huge salary too. He has a height of 5 feet and 11 inches and a personality that matches well to the roles he plays on screen.