Henry Russell Walter, known by his pseudonym Cirkut, is a Canadian music producer and songwriter who has helped co-write and co-produce songs for artists like Rihanna, Pitbull, Katy Perry, The Weeknd, Miley Cyrus, Britney Spears, Jessie J, Kesha, Shakira, and Nicki Minaj, to name a few. Besides that, he is one-third of the Canadian electronic music trio Let's Go to War with Adrien Gough and Peter-John Kerr.

Walter moved to Toronto when he turned 18 to pursue a career in music. His first big break came when he produced the instrumental track that would become the song "Mmm Papi" on Britney Spears' 2008 album "Circus".

He has since gone on to write and produce chart-topping songs like Katy Perry's "Part of Me", "Roar" and "Dark Horse"; Miley Cyrus' "Wrecking Ball"; Maroon 5's "Sugar"; and The Weeknd's "Starboy".

Other than that, he has produced and/or written over 40 mainstream songs for artists such as Rihanna, Pitbull, Jessie J, Kesha, Shakira, and Nicki Minaj, to name a few.

Cirkut has been nominated three times for a Grammy Award, winning in 2018 for Urban Contemporary Album for The Weeknd's album "Starboy". 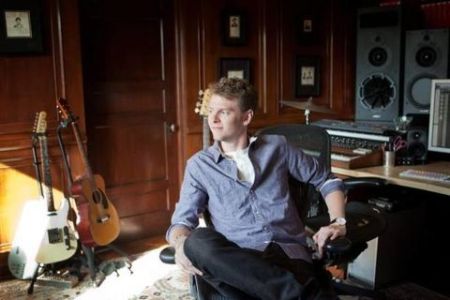 Besides his accomplishments behind-the-scenes as a music producer and songwriter, Cirkut once made up one-third of the Canadian electronic music trio Let's Go to War with Adrien Gough and Peter-John Kerr. They have released one studio album to date, titled "Karmageddon", on August 31, 2009.

He had known Gough since high school and once Let's Go to War disbanded, they briefly collaborated on producing music together as the production duo, Dream Machine.

Cirkut is currently based in Los Angeles, California, where he still produces and writes for some of the biggest names in the music industry as part of record producer Dr. Luke's production house, Prescription Songs.

Estimated to have a Net Worth of $5 Million

As of October 2020, Henry "Cirkut" Russell Walter is estimated to have a net worth of around $5 million. While by no means definitive, his wealth is, nonetheless, attributed to his career as an avant-garde music producer and songwriter. He has helped co-write and co-produce records for the biggest pop stars in the world.

A thrice Grammy Award-nominated music producer, he won the Grammy Award for Urban Contemporary Album in 2018 for The Weeknd's "Starboy". On the performance side, Cirkut is part of the electronic music trio Let's Go to War with Adrien Gough and Peter-John Kerr.